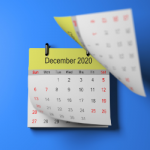 2020 was quite a year to say the least. We take a look at how the planning world has responded to the pandemic and how it is looking to the future…

Take yourself back to almost a year ago. Back in February 2020, we were hearing tales of a terrible virus in China, but most of us had no idea what we had in store. Indeed, in our February blog, we were focused on Brexit and what that would mean for the planning industry.

We were celebrating the fact that Housing Minister Robert Jenrick had secured £1bn in funding for SME builders and looking forward to the Government White Paper on Planning.

By March, the Budget (Rishi Sunak’s first – though it feels like he has been around for much longer as we see him so often on our TV screens!) was outlining support for businesses and individuals affected by the coronavirus outbreak. He promised that the government would be taking a stricter approach with councils in order to speed up housing developments where councils were not meeting housing needs.

There was also the promise of a cash boost, with a £12bn multi-year boost for the new Affordable Homes Programme and the Housing Infrastructure Fund making £11bn of new allocations, opening up 70,000 homes in areas of high demand. It also mentioned the long-term planning reforms we would see in the long-awaited White Paper.

Ten days after lockdown began in March, and the Coronavirus Act 2020 brought in some planning adaptations that would start to see the planning process make a move into the 21st century. The new law allowed for planning committees to be held virtually in a bid to stop the whole planning process coming to a standstill during lockdown. Here at Apex Planning Consultants, we have since made a number of virtual presentations for clients – and even arranged virtual site meetings and visits with planning officers – we discussed this in our April blog.

With building sites closed, the Act also allowed for extensions on planning timelines, and gave more power to planning officers to make decisions that did not need to go to the Planning Committee.

By May, concerns as delays continued to hit the building sector saw The Royal Town Planning Institute call for the government to bring forward legislation extending planning permissions in England that were about to expire thanks to the crisis. This is something that was subsequently used by Apex Planning Consultants to benefit different clients.

We also saw the first digital hearing by the Planning Inspectorate and virtual site visits by planning inspectors.

During July, the Prime Minister had made his ‘Build, Build, Build’ announcement, with claims that this would see the “most radical reforms to our planning system since the Second World War”.

New permitted development rights saw an allowance for demolition and rebuilding – particularly pertinent as so many companies had realised during lockdown, that they could keep staff working at home and would not need the large office spaces they had inhabited before the pandemic. The new permitted development rights allowed the owners of large office blocks to consider demolishing or rebuilding to create new dwellings – a boon when the call for more housing is so high, but it also received backlash due to impacts it would cause to the supply of affordable housing.

In August we finally saw the much-anticipated White Paper, entitled Planning for the Future. Its highlights included a First Homes Scheme to help first-time buyers get on the property ladder, a Green Home Grant to encourage energy-efficient home improvements, and an assurance that Green Belt land and green spaces would be protected.

One of the standout parts of the White Paper concentrates on the emphasis on ‘beautiful’ house building, with carefully designed communities with tree-lined streets and homes that are ‘zero carbon-ready’.

The paper also looks at the planning system itself, suggesting ways to streamline the whole process, raising revenue from developers’ levies and ensuring that developers can’t ‘pay their way’ out of providing the required amount of affordable housing within developments.

Bringing the whole system into the 21st century, the White Paper takes the changes first made back in March and builds on them in a bid to help the system become more accessible and streamlined, with data-based processes automated, and local plans standardised. It is unclear yet how this is all going to be funded.

In September, changes to the Use Classes Order saw the creation of Class E, which was the result of several different Classes being merged together, opening up the possibilities for change of use on high street shops without the need for planning permission.

With the UK in lockdown again, it remains to be seen which retailers come out at the other end of the pandemic intact and with their shops still on the high street, as we have already seen casualties such as Arcadia (owners of TopShop), Bonmarche, Peacocks, Debenhams and Cath Kidston.