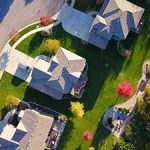 This month (August) sees the government consulting on its ‘Planning for the Future’ White Paper, which as we reported last month, aims to overhaul what is an outdated planning system. It sets out 24 proposals relating to many aspects of the planning system – plan-making, the application process, building design, enforcement etc – and asks a series of questions as part of the consultation process, which runs for 12 weeks from 6th August.

Previously we focused on the changes to permitted development. Here, we turn to the plans for new homes. And as Chancellor Rishi Sunak has already made a landmark move to keep the housing market moving, with the stamp duty cut for all house purchases under 500,000 completed by the end of March 2021, it looks like this is going to be a vital move for the housing industry.

For those who fear for their green spaces when new housing reforms are mentioned, the White Paper assures that Green Belt and other green spaces are to be protected, instead placing the focus on more building on brownfield land. Agreement by local communities on new plans will also be required. You’ll know from previous articles, that brownfield sites relate to previously developed land that has the potential for redevelopment.

While everyone acknowledges that new houses need to be built – especially now, to keep the economy moving as we head into recession – the White Paper places an emphasis on ‘beautiful’ housebuilding, which takes into account the character of the surrounding area and its heritage, hopefully ensuring that we don’t end up with a series of ‘identikit’ new homes. All new streets will be tree lined and there will be local design guidance to enable developers to build and preserve ‘beautiful’ communities. To keep the home building industry green, the aim is that homes will be ‘zero carbon ready’.

It is proposed that a new Infrastructure Levy Scheme could replace the current system of developer contributions and the existing Community Infrastructure Levy, which are used to provide infrastructure such as roads, schools, GPs, ensuring that new home developments become communities and neighbourhoods, rather than characterless estates.

Housing Secretary Rt Hon Robert Jenrick MP said: “We will cut red tape, but not standards, placing a higher regard on quality, design and the environment than ever before. Planning decisions will be simple and transparent, with local democracy at the heart of the process.’’

He also claimed that the new system would help smaller developers to get buildings and create thousands of jobs in the process.

So how will these new developments look different to the current new housing? For a start, the White Paper suggests that local communities could be consulted at the beginning, not the end of the planning process, with online maps and data helping to make the whole system more accessible for all. In our experience very few from the public actively engage in the plan-making process, instead responding to planning applications, often objecting when the principle of a development has already been established by a land allocation contained in the Local Plan. If it works and the public can be encouraged to participate more widely at the plan-making stage, this could remove barriers and delays in the planning application process.

It is hoped that new homes will be developed far more quickly – instead of taking around seven years to prepare a Local Plan, they will be developed and agreed in just 30 months – circa two and a half years. In addition, where ‘beautiful’ buildings are proposed it is suggested such proposals would be fast-tracked, to automatically permit high-quality developments.

To help out first-time buyers, a 30% discount on new homes will be available through the First Homes scheme. The emphasis for this scheme will be on key workers and local people. The scheme will be the gift that keeps on giving, as the discount will be ‘attached’ to the property in perpetuity. So, it will apply to anyone eligible who buys the same home in the future

All these changes are backed up by the government’s renewed commitment to building 300,000 new homes a year.

The White Paper dated August 2020 can be viewed at: https://assets.publishing.service.gov.uk/government/uploads/system/uploads/attachment_data/file/907647/MHCLG-Planning-Consultation.pdf.

Also announced by the Chancellor in July, September will see the launch of the Green Homes Grant initiative – the government has committed to paying two-thirds of energy-efficient home improvements, up to the value of £5,000.

The scheme will run until 2021 and insulation and double glazing are just two of the eligible improvements. To obtain more detail, visit the Gov.uk website at: www.gov.uk/green-deal-energy-saving-measures.