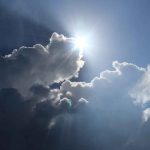 For months (and years) we have been wondering what will happen if and when Brexit happened – then there was a General Election to contend with. Now we know (more or less) where we stand, what progress and changes are we likely to see for the planning industry?

It certainly looks like the end of at least some uncertainty – even though the UK is in a transition period as far as Brexit is concerned – and has led to some good news and a positive outlook for the planning world.

According to economists and property experts, the conclusion of these two major events in the country’s history has meant that the uncertainty that was clouding the housing market has cleared, and in the Capital at least, talk is of a housing boom, even if it is at the luxury end of the market. Indeed, there is also a suggestion that there is a ‘bounce’ in London house prices, after a long period of flatlining house prices. How pertinent the London situation is to house sales across the country is still under question.

However, this general feeling of upward movement is certainly likely to raise confidence among house developers and is likely to see them seek to increase output on existing housing sites.

As far as infrastructure development goes, we could consider that the fact that the Conservative Party won with such a convincing majority will mean that government can start to make decisive and quick decisions. We can already see evidence of this – just take a look at the very recent announcements of the preferred route for the central section of East West Rail (Route E), connecting Bedford to Cambridge; £1bn funding to be made available to SME builders; and, teasing statements relating to other national infrastructure projects, which were put on hold prior to the election, and the publication of the Planning White Paper.

Housing Secretary Robert Jenrick has also spoken about fast-tracking ‘beautiful’ development schemes. (We will cover this in more detail next month.)

Mr Jenrick has been a busy chap, having announced £1bn funding for SME builders. He said: “A lack of development finance has been identified as a barrier preventing smaller builders from delivering more. Through this scheme the Government will support SME housebuilders to grow and get Britain building the homes we need.’’ The money will be available to builders through secure bank loans – good news for smaller developers who can find it a struggle to gain access to affordable finance.

We also expect the Government White Paper on Planning to be published in the first half of this year. According to the Housing Secretary, the White Paper will look at ways of speeding up the planning system, making it more simple, cheaper and highlighting better-quality design, while also unlocking more land where new homes can be built. It is also set to consider ways of making planning for homeowners less costly and simpler, while helping self builders and small builders, too.

It looks like everyone will be a winner, with measures to help smaller builders and self-builders, and an attempt to make the system work better for larger developers.

You can take a look at a preview of the Planning White Paper here.

The announcement of the preferred route for the Bedford-Cambridge rail link should help to deliver new homes in the Oxford-Cambridge Arc.

The East-West Rail line, running between Cambridge and Bedford would link up to the existing western end of the route, towards Oxford.

The preferred  ‘route E’ would run from Bedford, south of St Neots and Tempsford via Cambourne to Cambridge. As he announced the decision, the Housing Secretary said: “I want to make sure that any of these new homes are built to a high standard and all future development in the area is well designed, beautiful, environmentally friendly and embraces the latest technologies. These communities will be world class and a blueprint for forward-looking design across the country.”