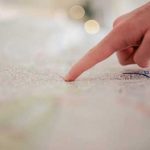 The Midlands looks set to benefit from more housing development, according to both the recent Housing White Paper and the Midlands Engine Strategy.

The Midlands Engine Strategy was published this month, and refers to the recent Housing White Paper and its commitment to build more housing in the Midlands.

The Strategy draws attention to the reference in the White Paper, that states: “…across the Midlands there is a need to provide even more housing for future generations. This challenge requires strong local leadership and commitment from a wide range of stakeholders, including planning authorities, private developers and local communities themselves. Government will work with these partners across the Midlands Engine to deliver the right housing for each area”.

This also aligns with ‘Strategic Planning in the Cambridge – Milton Keynes – Oxford Corridor: A Discussion Paper’ which has been published this month, too, and advocates LPAs, LEPs, government departments and national delivery agencies working together “to develop and deliver an integrated strategic plan for infrastructure, housing and jobs.”. You can view the paper here.

The Midlands Engine Strategy, launched by Chancellor Philip Hammond, includes a multi-million-pound investment plan to increase connectivity, skills and local growth in the area. It follows on from the industrial strategy, which was launched at the beginning of the year, and which offers support for business.

Hammond said: “The Midlands has enormous economic potential and it is more important than ever that we now build on its existing strengths to make sure it fulfils it.”

The Midlands and the North of England are also going to benefit from transport funding, the Chancellor said in the Budget on 8 March. In a bid to improve the UK’s productivity growth, a £23 billion infrastructure innovation investment was announced in the Autumn Statement in November 2016, and £23 million has been allocated for the road networks in the Midlands.

The number of reports that have been published that refer to strategic plans and new infrastructure for the Midlands area is significant as it demonstrates a clear commitment.  It also highlights the need for all interested parties to work closely together to plan and deliver on these commitments. It also represents significant opportunities for landowners and developers, as well as community groups to influence the way such development and infrastructure is delivered.

If you would like to talk to Apex about the potential development opportunities in the Midlands – or discuss any other plans for development, please feel free to contact us without obligation at info@apexplanning.co.uk. To find out more about Apex please browse our website.