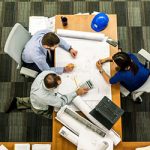 Following on from our blog in November and the recent budget announcement, there are more impending changes that will affect the industry:

One of the other notable changes that appears close to fruition is the long-anticipated increase in application fees. At the end of last month, the draft regulations made provision for approximately a 20% increase in all existing fees to be paid to LPAs (Local Planning Authorities). However, it is now apparent that the fee increase will not come into force before January 2018. The draft regulations were approved by the House of Lords’ grand committee on 6th December. The proposal will now be debated next week in the House of Commons and all things being well, the regulations should come into effect early next year.

Various consultants have expressed the opinion that while applicants might be happy to accept the fee increase, this is on the basis that it is ring-fenced for use solely by planning departments. However, they also believe that the fee increase will result in few tangible improvements to the planning service, or improve or speed up decision-making. This is despite the fact Communities Minister, Lord Bourne, said the new planning fees could generate in excess of £75 million of additional income for LPAs, which is equivalent to the average salary of 1,600 planners.

Apex Planning Consultants is happy to say we have seen improvement in some planning departments with streamlined processes and enhanced service provision among planning officers, but this is all too often a rarity and the system still breaks down when the political dimension takes hold.

There has, however, been declarations of intent to address the lack of plan-making progress – Secretary of State, Sajid Javid announced at the start of November that he had formally begun the process of removing plan-making powers from 15 of the 70 authorities that have failed to produce a local plan since 2004.

You can read the full article here. However, there is still scope for these LPAs to retain their plan-making powers, so this may just be a shot across the bows to stimulate meaningful activity and tangible progress. But, is this really a viable course of action?

The Housing and Planning Act 2016 allows the Secretary of State to take the plan-making powers of LPAs away. ‘Planning Resource’ recently stated that a ‘DCLG source’ (Department for Communities and Local Government) indicated that such powers are unlikely to be brought in-house by central government, and the options being considered include the Planning Inspectorate and planning consultancies.

The former already has a significant resource issue dealing with planning appeals, which are frequently placed in abeyance until a Planning Inspector can be assigned, so this option is probably unlikely. Larger planning consultancies may have the resource and expertise, but it remains to be seen whether any can demonstrate that they would not be prejudiced by clients’ interests within or adjacent to the local authority area.

In addition, the funding that will be made available may be crucial before a larger consultancy decides it would be interested. But, if the Secretary of State does enforce this power it could sound the death knell to the long-standing division of roles in the planning system.

More news from the Autumn Budget: