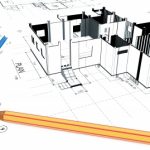 Planning hits the headlines at this crucial time…

With the Budget looming, the world of planning has again hit the headlines for several reasons.

Of course, there is the usual abuse directed toward the delivery of housing – it’s the fault of the greedy developers / incompetent local planning authorities (*delete as applicable!) – which has become tedious for its inaccuracies as much for its lazy thought process and journalism, but also encouraging for the apparent moves being made to try to make positive changes.

The alleged misuse of the ‘viability loophole’, which allows developers to negotiate a reduction in the provision of affordable housing (AH), is frustrating. There would be greater sympathy if all developers were at fault, and development sites and regions across the country were being deprived of all AH, but that is simply not the case.

There are certainly examples where developments are subject to some reduction – sometimes a significant reduction – however, in other instances there is full provision. One must always take a step back and remember that Local Plan policies have always been worded to allow negotiation on the precise amount of AH to be provided, for instance where they might seek ‘up to 30% provision’. Andrew Whitaker, Planning Director of the Home Builders Federation (HBF), has been widely reported on this matter, highlighting that even viability returns are negotiable, discussed and agreed with LPAs, so the process is not underhand. One cannot force developers to build houses where the development is not viable.

In a previous blog, Apex Planning Consultants has highlighted steps to assist with the delivery of AH; indeed, the Government recently announced a £2bn increase in funding for AH. Furthermore, the Department for Communities and Local Government (DCLG) has indicated that the viability assessment system might be reformed, as it is currently consulting on proposed changes to the approach. This is intended to make decision-making speedier and more transparent. We would contend that it is already transparent and if it goes further the developers are in danger of having their commercially sensitive information made public. A more relevant task would be to make the system simpler and easier for members of the public to understand, although this will be difficult without omitting technical jargon and complicated calculations. However, they often bemoan the complicated nature of the viability process, believing that they are being excluded from making any meaningful input, so a simpler system would automatically allow for more transparency.

Communities Secretary, Sajid Javid, told the BBC’s Andrew Marr Show: “I’m sure the budget will be covering housing.” And Chancellor Philip Hammond is said to be pressing for housing to be provided on Green Belt land, although this is not popular within his own party – in part due to the amount of Green Belt land in the Conservative Party’s Home Counties stronghold.

Green Belt policy is one of the most divisive because there has been little change to it since its inception and original purpose. As a nation we must all be realistic and accept that we have a significantly larger population, we already have high-density development and, despite 20 years advocating the redevelopment of brownfield land, the NIMBYs continue to oppose any and all development. We must consider alternative uses and allow for an honest assessment of Green Belt land, with those parts (sometimes very small) that contribute nothing significant to the purpose of the policy being made available for housing development. This appraisal should be quick and streamlined, perhaps adopting a process like the preparation of Brownfield Registers, rather than relying on the lengthy review of Local Plans.