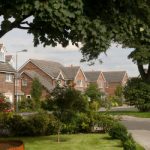 Tree-lined streets are just one of the changes we can expect to see on new developments in the future if the government’s draft proposals pan out.

Following the publication of the Planning White Paper Planning for the Future last summer, the government is now turning its attention to ensuring that developments have a greater focus on their aesthetic qualities. Proposed changes will see the need for ‘beauty’ to be included in planning policies and decisions for the first time. Significant weight will be attached to proposals that meet local design guidance, emphasising the objective of raising the bar where design is concerned.

Housing Secretary Robert Jenrick has recently proposed changes to the NPPF (National Planning Policy Framework) that should ensure that there will be more of an emphasis on beauty and placemaking within proposed developments.

Another change proposed by the draft NPPF is for greater control on the use of Article 4 Directions. This appears to be connected to the recent rollout of wider ranging permitted development rights via Prior Approval, which is an indication of the government’s intention to ensure an increasingly ‘flexible’ and or ‘responsive’ planning system. The new Article 4 limitations however would relate to proposals for conversions to housing, meaning it should only be used ‘where this is essential to avoid wholly unacceptable adverse impacts’.

Alongside the NPPF, the Ministry of Housing, Communities and Local Government has unveiled a draft national design code.

Both moves have come about in response to Living With Beauty, a report from Building Better, Building Beautiful Commission, which was published a year ago.

As well as streets lined with trees, the draft national design code also lays down some principles for building types, facades, and character of streets.

Jenrick explained that the government is expecting councils to use the national code as the basis for producing their own design codes and guides. He has promised the creation of an Office for Place that will help local communities to create design standards for any new builds within their area.

In the meantime, an interim Office for Place will work with a pilot group of 10 – eventually 20 – local communities, who will each have a share of £500,000.

There’s a number of proposed amendments to the NPPF that could make a big difference in quality of life provided by new developments.

For example, there would be a requirement for new development to include ‘a network of high-quality open spaces and opportunities for sport and physical activity’, and to encourage walking and cycling. There would also be transport tests to ensure that new developments have access to ‘a genuine choice of transport modes’.

In a bid to combat short-sighted planning decisions, new settlements or major urban extensions should be planned with consideration for a much longer time frame – looking at least 30 years into the future (double the current 15 years). And major housing developments should include at least 10 per cent of affordable homes.

Developments should also be sensitive to areas such as National Parks and Areas of Outstanding Natural Beauty, and flood risks should be managed using natural flood management options where possible.

If you would like to discuss your own development or just find out more about what we do, please continue to browse the website or drop us a line at info@apexplanning.co.uk without obligation.