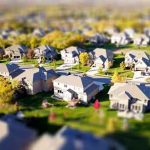 We take a final look at the Government’s planning white paper, this time focusing on Pillar Three – planning for infrastructure and connected places…

This month we focus on Pillar Three of the government’s planning White Paper, which looks at planning for infrastructure and connected places.

If you’ve been reading our monthly blog, you’ll remember that in September we looked at Pillar Two, which sets out plans for creating not only ‘beautiful’ developments but also sustainable ones that protect and enhance the existing environment.

Under the microscope in Pillar Three are developer contributions and suggested reforms around them. At the moment, it is down to individual local authorities to calculate charging schedules, however in the White Paper the government proposes that this will be replaced by a national value-based charge.

The intention is that this system would raise more revenue than the current Community Infrastructure Levy (CIL) and Section 106 agreements, which in turn could help to provide more affordable housing and be a more efficient way to fund infrastructure.

Of course, the levy would have to be affordable or the changes will result in developments being slowed down or even halted altogether. However, it certainly appears that developers will be paying out more than they do under the current system.

Streamlining planning has been on the government agenda for some time, and these reforms are an additional weapon to use in the war against a slow, and clunky planning system. At the moment the CIL system is quite convoluted, and waiting for developers and local authorities to come to an agreement on Section 106 can delay the process further. Instead, the government proposes that an Infrastructure Levy will be put in place.

This levy will be set at a flat rate across the country – and although the fee will be set nationally, it will be paid to the local authority, with a proportion going to the local community. However, there could still be an option to set varying rates in different areas. The calculation of the levy will be based on a development’s final value.

A minimum threshold will also be set, so if the development’s value is below this level then no levy will be due. However, this does raise a question about the disparity between property values in different parts of the country. In the areas where property values are low, based on a national flat rate, communities might miss out on funding, potentially affecting education and health infrastructure. This could have a negative effect on regeneration in the areas that need it the most.

The other point to note is that the levy will be due ‘on occupation’. At present it is unclear how that will be managed when, for instance, a development is finished in different phases. However, the government is clear that deliberate delays will not be tolerated.

It’s unlikely that this new system will be without its challenges – especially when developers and local planning authorities disagree on the actual valuation of a development, so it’s likely that those discussions may still cause delays.

It must also be noted that the government suggests an option where smaller sites avoid on-site provision and instead compensate with a cash payment made in lieu.

To read our first blog in the series, take a look at our article ‘Planning for the Future’.