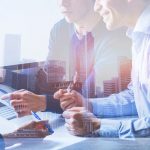 Following the publication of the white paper ‘Planning for the Future’ last summer, planning developments look likely to move forward as the Planning Bill has been brought forward to this autumn…

There are changes ahead – and sooner than we thought – as it looks likely that the planning bill that is designed to modernise the planning system in England is likely to be brought forward so that it can go to Parliament in the autumn.

We have covered several aspects of the white paper that precedes the bill since it was published last summer. The bill was included in the Queen’s Speech on 11 May 2021 with, Her Majesty said, the purpose of allowing more homes to be built and more people to be able to own their own property, as well as improve the rights of those who rent.

The Planning Bill will consolidate last summer’s white paper – Planning for the Future – and responses from the consultation that followed its publication. It’s been a long time coming – and we had hoped that we might have more details by now, but at least it’s a move in the right direction. Nevertheless, the fact there were circa 44,000 submissions to the white paper consultation that need to be carefully considered may explain the time being taken by the government.  The government did say it would issue its response to the consultation by the spring…

Some of the main points of the white paper included community consultation from the start of any planning process, and a simplification of developer contribution regulations. It also aimed to simplify European environmental regulations.

There should also be a local plan for every area, which will provide more certainty over the type, scale and design of development permitted on different categories of land. The plans should pinpoint three different sorts of land – protected land, renewal areas that can be developed, and growth areas identified as sites suitable for substantial development.

All told there was almost no detail within Queen’s Speech to guide us in what we might expect to happen. Many have already commented that there is no new information or clarity, and the Planning Bill is largely a repeat of the white paper. This has caused disappointment across the industry, meaning planners in the public and private sectors are guessing what will happen in the future, which also means developers are scratching their heads about how to pursue land for development.

One element of the Bill that may be of interest to those who are critical of developers however, is the suggestion of a levy to force developers to implement planning permissions, rather than to, as some opine, sit on the permissions, to constrain the supply of new houses, and to artificially inflate house prices. Developers have long contended that they do not deliberately site on planning permissions and delays are more likely due to delays securing the discharge of planning conditions, obtaining materials, and skills shortages. It will be interesting to see which side of the argument the government favours.

The notes accompanying the speech said the bill will “create a simpler, faster and more modern planning system, ensuring homes and infrastructure can be delivered more quickly across England”. There will be “simpler, faster procedures for producing local development plans” as well as for approving major schemes and assessing environmental impacts.

Digitising the planning systems aims to help to improve public engagement in the planning process. Map-based and interactive local plans will offer a more visual way for the public to be kept informed about local plans and planning applications – a move away from the document-system that exists at the moment.

The Environment Bill will also be designed to make developers include biodiversity in their plans – with a bid to “improve planning for nature recovery through Local Nature Recovery Strategies and create Nature Recovery Networks to join up nature sites and create wildlife-rich places”. It will also give communities more say in the protection of trees.

The framework for locally led development corporations is also set to be revised in order to “ensure local areas have access to appropriate delivery vehicles to support growth and regeneration”.

During her speech, the Queen stated that a building regulator is to be established in order to ensure “the tragedies of the past are never repeated’’, in a reference to the Grenfell Tower disaster.

Here at Apex Planning we also hope that some of the experiences of the planning system during the pandemic will be taken on board. Virtual planning committees, for example, have proved incredibly efficient and we hope that these might be allowed to continue under new rules. As it stands the local planning authorities are no longer able to consider application via virtual planning committees and, despite an attempt to challenge this through the Courts, have been instructed to resume in-person planning committee meetings. In our opinion, it’s certainly time that the planning system was brought into the 21st century!

If you would like to discuss your own project with us or just find out more about what we do, please continue to browse the website or drop us a line at info@apexplanning.co.uk without obligation.