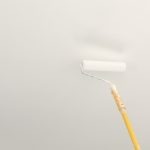 It’s always interesting to note the timing of major announcements. For instance – the Housing White Paper is due to be published on 23 November – the same day as the Chancellor’s Autumn Statement. Do the powers-that-be do this in the hope that one will obscure the other?

We can’t be certain, but we do know that Housing and Planning Minister Gavin Barwell MP has said that the White Paper will include measures to enable an increase in planning fees – the language used suggests that local planning authorities (LPAs) may have an opportunity to set their own fee rates, rather than be restricted by fee levels that are set by central Government. This has been a bone of contention among applicants and developers in terms of vastly different fee rates for pre-application advice, so, it will be interesting to see the reaction if this is the case for planning applications.

In addition, we’re keen to see whether the White Paper sets out controls to ensure that the monies generated by the increased planning fees will be ring fenced to ensure improvements to planning services. It is also unclear whether the potential for independently set planning application fees will be capped and if this will encourage developers to speed up the submission of their applications to take advantage of the existing fee rates.

However, it would seem that the White Paper will be silent on the matter of Starter Homes; this was a measure heralded by David Cameron and, indeed, it was a policy that he personally endorsed. In contrast, the new Government has shown a complete lack of interest in the measure and appears to be happy for it to disappear into obscurity, leaving some LPAs in a degree of limbo as they have already begun preparing for its adoption. Of course, this state of limbo also affects developers, some of whom might be unsure whether to factor in the cost of Starter Homes provision when making offers for land.

The White Paper is due to be published at a time of increasing debate and flux. The Royal Town planning Institute (RTPI), for instance, has just published its policy Statement – ‘Where should we build new homes’ – and stated that the White Paper must look again to where new housing is directed. The policy statement considers issues surrounding the release of some Green Belt land and the mantra of ‘brownfield first’. While it advocates the latter remaining the priority, it highlights why it can’t be expected that such sites will simply come forward on their own. It also points out that there are well-documented problems trying to deliver housing on sites where they incur remediation costs and which may not be accessible to transport. The RTPI does not advocate unjustified losses to the Green Belt, but instead states that ‘we need to look at the countryside and green belts beyond their recreational and aesthetic appeal, and assess how they can help to shape urban change in the most equitable way.’

This is something that we would also endorse because there are parts of the Green Belt that do not necessarily meet the original objectives of the land designation, which was to help maintain the ‘openness’ around settlements and to avoid coalescence. Although the RTPI’s policy statement is not seeking amendments to Green Belt boundaries, we feel that across individual LPA areas it is something that is required, particularly where sites are substantially surrounded by development and would not introduce development further into the open countryside, meaning there would be no adverse impact on the environment or the character and appearance of the edge of an urban location.

What the RTPI suggests is that there should be a review of a wider area, crossing administrative boundaries – and this is certainly something we would endorse. In fact, we see the need for a local and a strategic review of Green Belt designations. These reviews should also be set against the pressure for identifying appropriate land for development that did not necessarily exist when all Green Belt land was first designated.

On a separate issue, there has been recent debate concerning the application of policy and the problems of political interference in the planning system – this was a topic presented by John Rhodes, a member of the four-person team who wrote the National Planning Policy Framework (NPPF). The interference referred to was not simply restricted to LPA Planning Committees, but politicians in Central Government, too.

Rhodes echoed the recommendations of the Local Plans Expert Group inquiry with a variety of ways in which to make plan-making more efficient and effective, and to restore the integrity of the plan-led system. The list included making it a statutory duty to create a post-NPPF local plan and streamlining the process of assessing objectively assessed need (OAN) for housing. (See more details here). Looking at the list of recommendations highlighted by Rhodes, it is difficult to argue that they would do anything but improve the current planning system.