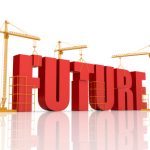 The past few weeks have seen massive political turmoil for the UK, as the referendum saw the electorate vote for us to leave the EU, and the two main parties have undergone major staffing changes. Thankfully we do now have a new PM on board to steer the ship!

There are no end of experts and pundits telling us what it will mean for the economy, the future, and so on, but how is it likely to affect the world of planning and development?

First, in terms of national policy, it looks likely that there will be little in the way of change.  In the aftermath of the Referendum, the then Housing and Planning Minister Brandon Lewis MP stated that his Department aimed to continue with the Neighbourhood Planning and Infrastructure Bill that was announced before the Referendum. Subsequently, his replacement, Sajid Javid, has essentially reiterated these objectives and confirmed that his priorities will be “to build more homes and increase home ownership, devolve powers to local areas and help communities deliver excellent public services”. And with Theresa May winning the leadership race, it has put paid to any questions that may have been raised had Liam Fox nabbed the top job, as he has been publicly critical of house building in rural areas.

As far as local level planning goes – we can expect more queries over the numbers of houses that are required – with immigration numbers set to drop as a result of Brexit, this is likely to leave councillors questioning just how many new homes are really necessary. Of course other factors that affect the demand for homes – such as more single-occupied homes and people living longer – are not going to change. But it will be more important than ever for developers to stress that their developments are catering for a local housing demand.

So the commitment to build a million homes by 2020 that was included in the Queen’s Speech may no longer be a reality. And the Housing and Planning Act, which was given Royal Assent several weeks ago has still got to get, ‘affirmative approval from both Houses of Parliament’, as other topics are going to take priority right now.

Not only is it possible that a general election may be called within the next year, but much of the Act, such as right to buy and starter homes, depends on builders building and banks lending. And as shares in house builder companies have been hit by the news of Brexit, and banks may well be tightening their belts, this could cause real problems. If fewer homes are built and banks are tougher with lending criteria it will be harder than ever to get on the housing ladder and the market will stall. However, those house builders that we have spoken to recently indicate that the market remains buoyant, presenting no reason to stop winning permission to build more housing.

Irrespective, to end on a positive note for anyone looking to develop, it has been suggested that as the cost of building materials coming from Europe goes up, councils may loosen their restrictions on affordable housing provision. Also, farmers who are hit hard by the loss of income as EU subsidies dry up, could look at the possibility of developing on some of their land to make up the shortfall.

If you would like to discuss your own project with us, especially in light of recent changes, or just find out more about what we do, please browse the website or drop us a line at info@apexplanning.co.uk without obligation.