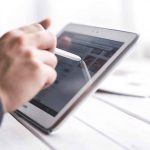 As time goes on, and lockdown continues, there’s a number of vital areas that need to be addressed if the planning process is to continue and local authorities are not to be left with vast backlogs to plough through once they are allowed back into the office.

The Royal Town Planning Institute (RTPI) is once again calling for the government to bring forward legislation that extends planning permissions in England that are due to expire during the crisis.

The call comes on the back of the publication of the RPTI’s ‘Priorities for Planning Reform in England’. This paper also explains that a well-resourced, digital planning system will be  needed to assist in a sustainable economic recovery from the virus.

In a letter to Housing Secretary Robert Jenrick, chief executive Victoria Hills said: “Primary legislation appears to be required to provide automatic extensions to the permissions. We suggest you look at primary legislation to automatically extend those permissions expiring between now and the end of December, so they all expire instead on 31 December.”

The end of December is also likely to be a significant date in another matter – the Institute has asked for a guarantee that the period of time for submitting reserved matters via online applications is also extended, so that those expiring between now and the end of December expire on 31 December.

According to a recent survey, the majority of RTPI members want the planning process to continue during this time and are supportive of digital hearings, inquiries and local review bodies and plan examinations.

With this in mind, the Institute urged the government to issue guidance to prevent unnecessary delays to development and the subsequent knock-on effect to the economy.

Why is it so important that these extensions to permissions are granted? The issue is that development sites have been closed for several weeks. Once work can recommence, it will take time for these developments to be completed. This will hold up progress on other sites, which will already have planning permissions that are counting down to expiration.

Although planning permissions usually have a three-year time limit, you must bear in mind that they may have been granted some time ago. Now these weeks/months have been lost – and with materials in short supply, staff furloughed or made redundant, and international trading difficulties, timelines are going to be stretched to their limits.

As mentioned above, many planning meetings and hearings are going digital, and the Planning Inspectorate (PINS) had its first pilot digital hearing in England on 11 May. A statement from PINS said: “We are preparing for additional cases to be heard by digital hearings/inquiries in May/early June with a view to scaling up digital events further over June/July.” It is anticipated there will be at least 20 digital hearings between May and June.

The organisation is now assessing postponed cases to see if they can be concluded using digital, traditional or a ‘hybrid’ method. Also underway is a trial of ‘virtual site visits’ by 13 inspectors.

In three months, PINS aims to roll out good practice: it will cover both numbers of events and types of casework, with supporting training, templates and communications. The target is to have the capability to conduct fully digital and hybrid events fairly and robustly within six months across all casework areas and for most cases.

At the moment, the Planning Inspectorate is operating the appeals system using the written representations procedure. Hearings and inquiries, which need, or at least often, involve several people (the Inspector, the Council officers, the appellant / planning consultant / other consultants, interested parties / public / Parish Council etc) to be in the same room, are not taking place.

There have been some mock inquiries to test how digital procedures might work after the government issued guidelines on holding virtual planning meetings but there has also been some opposition, from groups such as CPRE, the countryside charity, Friends of the Earth and the Town and Country Planning Association, who are concerned it impacts on democratic decision-making.

In a letter to Housing Secretary Robert Jenrick, these campaigners said: “The current ad hoc access to the democratic and participatory process creates an unfair ‘postcode lottery’ which could result in long-term damage to the interests of local communities, to the wellbeing of vulnerable citizens and to the environment.”

There are six key principles that the campaigners want the government to ask local authorities to respect:

From our own perspective, we note that local planning authorities have been taking different approaches to the above. As reported in our previous blog some Councils have increased the scope of delegated powers for planning officers to determine applications, whereas others have embraced the different technology available to host virtual Committees.

Planning applications are still being validated and advertised with an element of pragmatism – applicants are emailed copies of the site notice and must then erect these on or near to the site. Confirmation of this is achieved through photographs and signed declarations that are emailed to the Council. In addition, the Government’s new statutory instrument now allows planning authorities to publicise applications through social media.

Site visits have been conducted by a mix of virtual site meetings, hosted by the applicant or Apex Planning Consultants and involving the planning officer. This is followed up with site photographs and a signed declaration to confirm their veracity. Other Councils are merely relying on aerial imagery and the review of site planning history, which we do not agree is satisfactory – something that Martin Hutchings, improvement manager at the Local Government Association’s Planning Advisory Service agrees with: “Planning officers need to see a site to understand how a proposal fits into its context” and endorsed by Richard Blyth, head of policy at the RTPI.

Other Councils however are seemingly taking a different approach and upon validation of the planning application they immediately request agreement to a significant extension of time for its determination.

STOP PRESS: On Sunday 10 May, the Prime Minister, Boris Johnson, announced that the construction industry could return to work, alongside, for example, companies such as manufacturers.

Recently, during one of the Government’s daily briefing on the COVID-19 crisis, Robert Jenrick also advised that to get the market moving again estate agents and show homes on development sites can be re-opened immediately, albeit with virtual viewings encouraged. He also announced that work on sites in residential areas can continue to 9pm Monday-Saturday and ‘beyond that’, with local authorities deciding on whether to grant permission.