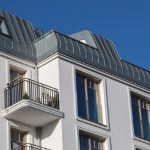 Changes in existing Permitted Development Rights will make it easier to extend homes to create new dwellings, and maybe even help to revitalise the high street without miles of red tape, but the changes have also raised some concerns…

Permitted Development Rights (PDR) allow property owners and developers to carry out certain projects without having to go through the long and often expensive process of applying for planning permission. Current PDRs arguably already allow for far-reaching extensions, alterations, and changes of use however recent government changes have allowed for even greater ‘change’ to occur.

This PDR has been introduced via Schedule 2, Part 20 of the General Permitted Development Order and it allows existing homes to have one or two storeys added to them. The extensions can be used as entirely new dwellings and the prior approval system allows for all reasonably necessary engineering operations and means of access for the existing and proposed dwellings. The PDR relates to detached and terraced dwellings.

The new PDRs also allow the creation of new flats in upward extensions above existing commercial, mixed use, and flatted buildings. This means, in effect, that new flats could be created above buildings in residential areas and along a high street, providing more much-needed housing in certain areas, without developing on Green Belt or other unused land.

Town centres and high streets may also benefit from a second PDR that allows a developer to demolish an existing building and then build on the same site, even adding storeys to the original height.

While at first glance these look like positive changes, they do raise some issues. Business groups, planners and even environmental groups have raised concerns about the ability to change commercial properties into homes.

With high streets already struggling before the pandemic and a question mark over how many shops will open again once lockdown ends, there are fears that landlords will be attracted by the potential profit of residential conversions, resulting in the destruction of the traditional high street. The PDR also removes local planning authorities’ (LPA) ability to properly plan for these changes, including infrastructure and demand for services. They also remove a LPAs ability to seek affordable housing contributions.

However, until now, the number of applications for conversions has been declining, so it remains to be seen if the latest changes do result in a huge amount of uptake. After all, some of these properties will be hard to convert and developers may decide it is more trouble than it’s worth. It may be the smaller properties on the edge of town – places such as nurseries and GP surgeries – that will prove more suitable for this kind of development. In addition, the ‘conditions’ of the PDRs are still far reaching, arguably crossing over into territory covered by the planning application process. Indeed, prior approval applications have already been refused and successfully defended by LPAs at appeal, where design was a critical factor. Design is of course quite subjective therefore the prior approval process is far from black and white.

It is worthwhile noting that the changes to PDRs now also allows homeowners to extend their homes upwards to create more living space for their own family; this is separate to the prior approval system allowing the creation of new flats. Depending on the circumstances, the PDR allows the construction of between one and two storeys.

So exactly how do these Permitted Development Rights apply? The changes to Part 1 of the GPDO allow a homeowner to add one storey to a single storey property and up to two storeys to other houses. For the changes to apply, the property must have been built between July 1948 and October 2018. There are certain restrictions in place, such as using similar material to the existing building, keeping the roof pitch the same and not adding windows to the side of the new extension.

The other change applies to part 20 of the GPDO and concerns building new dwellings on top of mixed-use, residential or commercial buildings. The buildings must have been built between July 1948 and March 2018.

There are still some design rules that must be followed, relating to the internal height of the new floors and the overall height of the new development; these vary dependent on the particular PDR and the type of building that is to be increased in height.

Developers can also demolish and rebuild unused buildings. Prior to submission of the prior approval application the property must have been empty for a period for six months minimum. This will apply to buildings that have had the following uses on 12 March 2020: residential flats; offices; industrial process; research and development; or a mixture of any of the former. It also has to be under 18m tall, detached, be built before 1990 and have a footprint of 1000 sq m or less.

So what can developers build in place of the old building? There are of course restrictions. The proposed building must not take up any more ground space or be more than 7m taller than the original and must be either a single house or a free-standing block of flats. The building cannot be more than 18m tall, and the floor to ceiling height is subject to condition, too.

Note that PDR does not apply everywhere. They are not applicable for listed buildings or in designated areas such as Heritage sites, Conservation areas, National parks and AONB. They also do not cover amenities such as cinemas, libraries and pubs, or properties that have already been created through a change of use via the General Permitted Development Order.

If you would like to discuss your own project with us or just find out more about what we do, please continue to browse the website or drop us a line at info@apexplanning.co.uk without obligation.