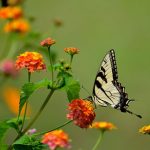 Recent changes within the Government could have seismic consequences, even when they appear at first to be seemingly unrelated to planning and development.

For instance, after Sajid Javid’s promotion to Home Secretary we have a new Secretary of State for Housing, Communities and Local Government, James Brokenshire. He quickly made his mark answering questions in the House of Commons within hours of his appointment and issuing statements to endorse why he is qualified, highlighting his father’s former role as Council Chief Executive, suggesting this means ‘local government is in his blood’.

Perhaps we should welcome his experience from his former role as Secretary of State for Northern Ireland, and the politics and need for negotiation it involves. Indeed, it is these types of skills that will almost certainly be required in the coming months as we brace ourselves for more change in the planning system.

On the horizon is the revised National Planning Policy Framework (NPPF), which is expected by the end of July. We are told that the consultation on the draft version has generated more than 27,000 responses and, leaving aside apparent multiple submissions from campaign group members – including 5,000 duplicate responses calling for better protection for veteran trees – there remains an awful lot of work to be done.

The Government not only needs to appraise all the responses but also to weigh up those that compete and even suggest alternative approaches. If the revised NPPF is truly going to reflect industry advice for improvements to the plan-making and decision-taking processes, the review of the consultation responses should be properly considered, avoiding simply trying to meet a target imposed by the Government. The fact that Steve Quartermain (Chief Planner for the Ministry of Housing, Communities and Local Government) is only giving himself four to six weeks from the consultation’s May 10 deadline could be considered both ambitious and worrying.

The end of July publication date will be something for James Brokenshire to fanfare, while still relatively new to his position at the Ministry for Housing, Communities and Local Government (MHCLG). It remains to be seen whether it will prove to be a source of pride or a noose around his neck.

Since March 2012 when the current NPPF was published, the planning system has changed. The interpretation of the wording of the NPPF has evolved as a result of numerous planning appeals, High Court and Supreme Court decisions, and Written Ministerial Statements. The result is that we do actually need the revised NPPF to incorporate these new influences and ensure we have a comprehensive and current document from which to work. This places pressure on James Brokenshire to get it right first time and to factor any new thinking on the horizon into the finished article.

Some of the biggest areas that the revised NPPF is expected to address include:

Saying all that, given the number of representations received to the draft NPPF and the relatively short time the Government has given itself to review them, coupled with the fact that for development control purposes the policies in the revised NPPF will have immediate effect, perhaps it is as well if there are few surprises in the final version.

We will look at these in more detail in the coming weeks.

If you submitted a response to the consultation draft NPPF by May 10, keep your fingers crossed the Government listens to you, and sticks to its apparent urgent end of July publication date so that you get your new-found clarity.