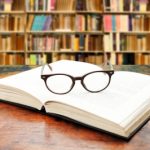 Online mortgage marketplace LendInvest has recently announced that it is launching a property development academy, in order to help new home construction.

Housing supply has been an issue for some time, and the fact that demand has outpaced supply has led to dramatic house price increases.

LendInvest plans to help to educate small-scale developers on the best way to build new homes, in the belief that one way to help bridge the gap is through small and medium developers. And, with UK government estimates for additional required housing in England and Wales standing at between 232,000 and 300,000 new units per year, that’s a big gap to fill!

LendInvest believes that the reason that one in four applications for development finances are rejected on its platform is not through lack of land or finance, but because the applications are coming from would-be developers who are lacking the right skillset. This is where its academy comes in…

The first Academy Course is scheduled to take place in London on the 11-12 November 2016. Future courses will be hosted nationwide.

In theory, this proposal has a lot going for it ­– it is a non-profit institution, so is not intent on fleecing would-be developers – and it also has credibility, thanks to the fact that it is affiliated to a good university. These two points should encourage people to enter the world of development and help to increase the number of smaller house builders (SH) on the market.

A number of SH disappeared during the recession, and this has in part led to the lack of housing, as most housebuilding has been left to the larger companies. By their very nature, they concentrate on more sizeable developments, leaving the smaller development opportunities untouched.

It also means that the developments tend to be similar, leading to a lack of variation of homes, both in terms of design and size.

Other changes have been made that should help smaller housebuilders. For example, the Government has included guidance within the Planning Practice Guidance lowering the threshold for affordable housing (AH) so that it should not be sought on developments of 10 or fewer houses and which have less than 1,000sqm of floor space – in designated rural areas local planning authorities may choose to apply a lower threshold of five units or less, and where the proposal is for six to 10 units the AH contribution should be in the form of cash payments. However, the Government’s intent has been arguably undermined by a Court of Appeal ruling in May 2016, which now allows local evidence of AH need to carry significant weight in the determination of such applications, meaning in such circumstances AH provision may be required.

It is clear therefore that LendInvest needs to have a wide and in-depth curriculum to generate the required numbers of SHs.

Here at Apex Planning Consultants, we have experienced a noticeable rise in the number of people coming to us to discuss housebuilding projects. Some of these have no previous experience in development but are looking for a change in career, while others are wanting to discuss self-build projects.

For many of these would-be developers, a course like the one being promoted by LendInvest could be the answer, although we don’t think it will be an instant fix for the lack of smaller housebuilders.

LendInvest is not the only company suggesting such a move. Patch Partners claims it can train people to spot development opportunities that others have missed, stating that many small developers do not have access to well-networked land experts searching for development opportunities, and that their training can help fix this. We are not so sure about this proposal, but perhaps we should not be too dismissive until we see how it works. After all, there is a desperate need for more housing, and anything that can redress the problem must be a good thing.