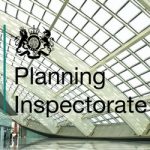 The performance of the Planning Inspectorate (PINS) has come under much scrutiny recently.

But what is PINS? First and foremost it is an executive agency, sponsored by the Department for Communities and Local Government and the Welsh Government.

And what does it actually do?  Well, its job is to deal with planning appeals, national infrastructure planning applications, examinations of local plans and other planning-related and specialist casework in England and Wales.

So, when an appeal is made against a planning decision made by a council, or when a developer believes a council is taking too long over its decision, the Planning Inspectorate gets involved.

When making decisions, it implements government policy and takes into account the interests of developers, local citizens and any other interested parties before representing the Government and making decisions on what projects should go ahead.

PINS has come under the spotlight as there has been a slowdown in the appeal process, but also in Local Plan submissions.

PINS has target timetables for the determination of the different types of appeal. For instance, the PINS target is for 80% of householder appeals to be determined within 8 weeks, thanks to the fact that the system has been streamlined, offering fewer opportunities for additional arguments to be put forward both by the appellants, councils and third parties such as local residents. However, we recently won a householder appeal on behalf of a client, which took 23 weeks to be determined!

Thanks to cutbacks in PINS spending, along with an upward trend in the economy, more and more applications are being submitted, correspondingly more are being refused, resulting in more appeals. There is supposed to be a campaign to recruit more Planning Inspectors, but the only thing that is certain is that the time taken for an appeal to be resolved is lengthening.

Another issue is that PINS is also the independent body charged with overseeing the examination of a Council’s draft Local Plan. It must critically assess the evidence to justify what it contains and to weigh up the representations (both for and against what is within the draft Local Plan) from third parties, before reporting on whether the draft Local Plan is ‘sound’ and recommended for adoption (with or without suggested amendments).

Previously, PINS made a conscious decision to direct its limited resources to dealing with this job, but as the number of submissions has dropped sharply over the past two years, it begs the question why PINS could not then re-direct its resources to deal with appeals against refused planning applications?

Do the Work up Front

However, as the situation stands, with appeals taking so long to be determined it is more important than ever to ensure that your application is as sound and robust as it can be – and to take the extra time and effort to liaise with the local community and address any concerns before it is submitted. Of course, this can’t guarantee a positive outcome, but it is certainly worth spending a few more weeks getting everything as right as possible, rather than potentially risk a lengthy appeals procedure.

Andrew Whitaker, planning director at the Home Builders’ Federation, has even claimed that local authorities are using this delay to their advantage: “If a local authority knows that there is a massive time delay in dealing with appeals, then they can take longer to reach decisions, or ask for things they shouldn’t be asking for because they know it will be quicker (for a developer) to go along with this than to appeal.”

We might not go as far as this, but we do think that Mike Kiely, Chair of the Board at the Planning Officers Society, is correct when he says: “I suspect that some developers are probably thinking twice about going to appeal because of the time delays. They might even agree to some things they’re not entirely happy with rather than be delayed by a further 12 months.”

Kiely has suggested that reviewing the depth of PINS’ involvement with local plan work and the introduction of a ‘lighter touch’ approach to simpler appeals could help to lessen the workload.

If you would like to discuss your own project with us, especially with a view to making your application as robust as possible, or just find out more about what we do, please browse our website or drop us a line at info@apexplanning.co.uk without obligation.