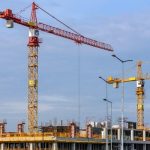 It’s conference season and, aside from the obvious, planning was a hot topic at the Conservative Party Conference. Let’s see what was on the agenda…

Party conferences are rich fodder for anyone interested in what might be on the horizon for the planning arena. For a start, it’s worth taking a look to see what Housing Minister, Esther McVey, has been saying.

Some of it is rather vague and rehashes what we already know: for instance, that the government is to focus on making sure infrastructure would be provided to support new housing and that it would be in place before any new homes are built, along with support for new modular (house) building to help speed up the construction/housing delivery process. Modular housing is of great interest in the sector and it is something that has been discussed at past Property and Development Quarterly (PDQ) events – Apex Planning Consultants is a founding partner of this learning and network event, held at venues across Bedfordshire, Buckinghamshire and Oxfordshire – and given the focus of the latter on the CaMKOx Corridor it is likely to remain high on the agenda.

Also on the agenda was the use of ‘brownfield’ land, first to protect the Green Belt and deliver around 1.1 million homes – this last should be taken with a pinch of salt, as Kate Henderson, chief executive of the National Housing Federation, which represents housing associations, said that ‘providing one million homes would only meet around three years of national housing need’, so brownfield land could not be the only solution to the housing crisis. This means an argument still exists for the need for a systematic review of the Green Belt and consideration given to releasing some Green Belt land for development.

Beyond that, Esthey McVey and the Housing Secretary, Robert Jenrick have made some interesting comments around permitted development.

Jenrick has confirmed that the government plans to move on with easing planning rules in a bid to boost housing provision. In its sights are upwards extensions and office demolitions that will make way for new houses. This plan for permitted development rights for these two instances was first seen in the 2018 Autumn Budget, and consultations by the Ministry of Housing, Communities and Local Government have since taken place.

However, Jenrick has since made it clear that planning permission would be secured through the new permission in principle rather than permitted development, allowing councils more say in the quality of designs and ensuring that the plans work for the community as a whole, with regards to how it looks, available parking and so on. Meanwhile, the Housing Minister has said that the government will be ‘changing the rules’ around new housing permitted development (PD) rights in a bid to raise standards.

At a Conference fringe event, she said: ‘Where it’s not working, we will be changing the rules to ensure that they are habitable, because there are certain conditions that people must live in.’

A review of the impact of permitted development rights on the quality of housing had been announced earlier in the year by former housing secretary James Brokenshire, after concerns had grown following appeal decisions, including those that allow office to flats conversions with no windows. More on this should be available in November.

However, head of policy at CPS (Centre for Policy Studies) and former housing adviser in the Number 10 policy unit, Alex Morton, and Jake Berry, the Ministry of Housing, Communities and Local Government minister for local growth, both defended the policy, saying that crowded and cramped residences are due to lack of housing space, not the policy of permitted development.

Death of the High Street

Berry also touched on the relationship between planning and the death of the High Street, stating that having to get planning permission to bring a different business onto the high street resulted in local governments stopping entrepreneurs from taking empty shops and turning them into ‘a thriving new business’.

He also pointed out that the current planning system doesn’t take into account the mixed-use shops on the high street now – giving as an example his local coffee shop, which doubles as a yoga studio and book shop.

Communities secretary Robert Jenrick said that the government wanted to take another look at planning policy, to allow housing in high streets. This ability had already been extended back in March, with new PD rights that would allow housing to be created from shops such as hot food takeways, and loan shops and launderettes to be transformed into offices.

Other government plans include an Increase in planning application fees in a bid to ‘offer improved services and making the planning system better for small- and medium-sized builders’, said Jenrick. It also wants to help big developers ‘unlock’ bigger parcels of land for major developments.

There’s plenty more change to come, though, with the much-anticipated Accelerated Planning Green Paper, which looks at how to speed up the planning process without affecting the quality of decisions, due to be published in November, according to the Ministry of Housing, Communities and Local Government.