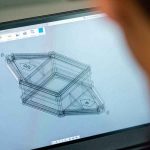 In our latest article looking at the Government’s planning white paper, we consider how technology and digital communication could improve the system…

Technology and digital communication has certainly shown its worth since March 2020, as more meetings and processes have gone online in a bid to keep things running as smoothly as possible while the UK has been in and out of lockdown. Planning appeals and development consent procedures have successfully been carried out virtually, which shows that it’s the perfect time to keep this impetus going and bring the planning system into the 21st century.

And no one can deny that it is certainly time that some technological advancements were made within the planning system, which seems outdated compared with other sectors of local government and government processes.

In the Government white paper ‘Planning for the Future’, which we have been examining here since it was published in August, this point is driven home: ‘The planning system is based on 20th century technology: planning systems are reliant on legacy software that burden the sector with repetitive tasks.’

So the plan appears to be to automate as many tasks as are feasible and to standardise data, which should make the whole system both more accessible and more streamlined. The white paper says that instead of having a process based on documents, as we do now, with applications requiring PDFs and documents to be submitted, It is proposed instead to be ‘a process driven by data’.

Local plans would be standardised, based on a new standard template and the latest digital technology. Likewise, local planning authorities would be encouraged and assisted with using creative digital tools that would encourage better engagement with the community when consulting and making decisions on local plans.

One very useful advancement mentioned in the white paper is the creation of machine-readable plans. Both local and national development management policies and design codes would be produced in a standard way, which would make them machine readable. This would allow for applications to be automatically screened – any that did not adhere to the policies would be automatically rejected, rather than creating bottlenecks further along the planning process.

Simple applications would be automatically accepted, allowing planning staff to focus their time and efforts on those more complicated proposals.

Nothing we have mentioned so far is particularly forward thinking when it comes to technology, which really demonstrates how far behind its peers the planning system is. However, the government says it plans to engage tech companies and local planning authorities in order to make the most of technological advancements, such as 3D visualisation technology.

There are benefits to the proposed system for developers, as it should result in a more streamlined process, allowing for proposals that do not have any stumbling blocks to be processed more quickly and allowing building work to begin. Plus, the standardisation of data should make it easier to analyse the planning industry identifying trends in planning proposals, timescales and locations, allowing developers to make considered decisions about what to build and where.

And the funding for this? The white paper says that a proposal will be outlined in the next government Spending Review. It does acknowledge however that local government will require specialist help and advice, which does not exist at this time in-house. We’ll bring you more when we know more!