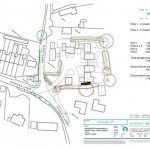 Are greedy developers at fault for the lack of land for housing, or are there other factors contributing to the UK’s housing crisis?

An article in The Guardian earlier this year claims that the housing crisis is being worsened by greedy developers, who are hoarding land in a bid to sell it on at a great profit, rather than actually using it to build homes on.

But is this really the case, or is this an oversimplification of the matter? The article suggests that land is traded several times over before it comes to a housebuilder, and then properties are sold off plan, sometimes again and again before any housing is even built, with the prices rising ever higher.

While it is not unheard of for this to happen, it is far from common practice – and claiming that land is regularly sold several times over before it is built on is a misinterpretation of the facts.

Actually, what happens is that parcels of land will often be sold to other developers once planning permission for a large strategic site has been gained. The original developer is unable to deliver, for example, 5,000 houses within a reasonable timeframe, so they need more developers to help. It also helps them to generate funds to meet the associated infrastructure costs.

Another situation might see a longstanding landowner (such as a farming family) gain the planning permission for the land but not actually be a developer. They will seek to sell the land on to a developer and reap the financial rewards. These generally more modest developments usually get built relatively quickly, but often not until the developer has then gained their own planning permission.

However, neither of these situations lives up to the claim that land is being sold over and over for ever-increasing profit, while delaying the building of actual housing.

Having said that, it would be naïve to suggest that land hoarding doesn’t ever happen occasionally, and that some developers don’t manipulate the delivery of housing to artificially affect house prices. But other factors are also at work – the lack of labour and skills in the construction industry (which appears to be worsening post-the Brexit referendum). Also, the rising costs of materials – many of which are imported – and the weakening of the pound has significantly increased the cost of development.

In 2015, The Guardian revealed that the UK’s biggest housebuilders were sitting on 600,000 plots of land with planning permission. However, all the preceding points must be taken into consideration when judging that figure. We also must remember that the recession caused a huge downturn in housing delivery, which affected the individual 5-Year Housing Land Supply and housing delivery figures for local planning authorities.

In recent years this has led to many large-scale applications being refused and subsequently granted on appeal. This is not necessarily a good situation for the planning profession because it is not creating a properly planned delivery of housing. However, the blame can’t be laid solely at the feet of the developers. The opposition of LPAs, Parish Councils and villages to any new housing – frequently using the Neighbourhood Plan system to try to frustrate the delivery of housing – means that few small- to medium-sized housing developments are brought to fruition.

This then results in an over-reliance on large-scale developments which, as we have already pointed out, leads to natural delay. Small- and medium-sized developments have fewer of the costs and delays, so generally they can be delivered far more quickly. If the decision-makers were more proactive and positive towards the distribution of housing among all settlements (including towns and villages) we do not believe there would be an over-reliance on large-scale sites and housing could be delivered more quickly.

In fact, if it were easier to gain permission on small- to medium-sized sites, this would probably encourage many small housebuilders who disappeared during the recession to re-enter the industry. Indeed, a recent survey by the Federation of Master Builders (FMB) showed that 62 % of their respondents said that the ‘lack of availability of viable land’ was their biggest constraint, and more than half said that the availability of small sites was dropping.

As a result, FMB chief executive Brian Berry called for the government to help with the availability of small sites and to speed up the planning process for small sites. This would not only help to remove the over-reliance on the large housebuilding companies but would also allow for greater choice in house types.

If you would like to discuss your own development or just find out more about what we do, please browse the website or drop us a line at info@apexplanning.co.uk without obligation.