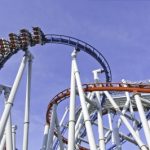 The planning system and process is undergoing a great number of changes, thanks to Government – and while some alterations are little more than tweaks, there are some changes that could prove more significant.

The Housing and Planning Act was passed earlier in the year, and now the Government has published the Neighbourhood Planning Bill. To add to that, Communities and Local Government Secretary Sajid Javid announced at the Conservative Party Conference that a new White Paper on Housing is set to be published later this year.

The announcement was made as he revealed his strategies to get more new homes built, which include the launch of a £3bn Home Builders Fund to help build more than 225,000 new homes and create thousands of jobs. Plus, a new initiative –  Accelerated Construction on public land, in which government-owned land is identified and then contractors and investors are brought on board to speed up house building. Finally, he said he would bring forward a package of measures to encourage urban regeneration and to build on brownfield land.

Focus of the New Legislation

So, what is the main focus of all this legislation? It’s all about the building of new housing, with a specific target of creating one million new homes by 2020.

The main elements of the White Paper will be that housebuilders are to be encouraged to get building on land where they have planning permissions in order to avoid intervention from central Government.  He said: “It’s time to get building. The big developers must release their stranglehold on supply. Time to stop sitting on land banks, delaying build-out: the homebuyers must come first.”

He pointed out that 28,000 planning permissions had been issued over the past 12 months and that he wanted to see all those homes built as soon as possible. This is not a statement that will be welcomed by many housebuilders, who have frequently dismissed such accusations of land banking to manipulate the supply of housing and by association house-prices. Instead, they have argued that they build houses as quickly as possible, within the restrictions of available materials (and rising costs) and the on-going skills shortage in the construction industry. Smaller housebuilders however may applaud the stated intention of the White Paper, believing it will enhance their role in the delivery of new housing meaning less reliance on large-scale sites in favour of small to medium sized schemes.

The White Paper will also look at discouraging the NIMBY approach by local authorities, and for development to be embraced. “Local leaders must be prepared to make difficult calls, even if they’re unpopular. And so must MPs and councillors.”

In contrast, the Neighbourhood Planning Bill will focus on neighbourhood planning and planning conditions. The aim here is to help speed up the process, allowing new homes to be built in a timelier manner.

The fact that it will focus on planning conditions is good news as far as we are concerned. Too often we see unnecessary pre-commencement conditions coming from councils – where further detailed information has to be submitted before the local planning authority will allow any work to be started.

Prime Minister May’s new Government has already inherited a fully laden in-tray, what with planned revisions to the NPPF and multiple regulations that are needed to fully implement the measures in the Housing and Planning Act – this will prove to be a complex and interesting time for planning and development.

It’s a lot to take on, so it remains to be seen which strategies will be prioritised and what impact they will have on the planning process and, in particular, on the delivery of housing.

If you would like to discuss this subject further, or just find out more about what we do, please browse the website or drop us a line at info@apexplanning.co.uk without obligation.