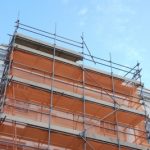 Changes to permitted development rights were made last summer by the coalition government, in a bid to boost new housing stock. These allowed developers to secure the change of use from office to residential. These rights currently must have Prior Approval from councils – and this is set to run until the end of May 2016.

This means that there is barely nine months for developers to prepare any application for Prior Approval, start on requisite works and secure the occupation of each dwelling. A tall order – which is why there has been a definite slowdown in applications for change of use being made.

However, there is speculation that the government may be considering extending these permitted development rights and even making them permanent. It has also been mooted that the rights will extend to include removing exemption zones and allowing for demolition and replacement of existing office buildings with housing.

The government has yet to confirm or deny that this is the case. However, in March 2015 a statement from Sir Eric Pickles, who was communities secretary at the time, said that ministers would ‘further consider the case’ for extending these rights.

London Mayor Boris Johnson has already spoken out about his concerns over the moves and his fears that replacing offices with housing could hamper the capital’s economic growth, and now councils are making moves to stop offices being replaced without permission.

A number of councils in London and the South East have decided to implement Article 4 Directions – these in effect reinstate the need for planning permission – in order to stop office-to-residential permitted developments within their areas. Boris Johnson has already revealed plans for a Direction to cover the City, West End and areas of the Isle of Dogs in the east of London.

Councils that want to do the same need to get started. The temporary permitted rights directive will run out in May and should they be extended or made permanent by the Government, Councils should be aware that it can take up to a year to get an Article 4 Direction in place – this is particularly since they need to go to the secretary of state to be approved.

However, for developers who already have prior approval granted under the current permitted development rights, there is good news. Clarification has recently been given by the Government that makes it clear that if developers have secured Prior Approval, they do not need to have started development works by May 2016 when the current rights expire.

The clarification came from the Department for Communities and Local Government (DCLG) after Croydon Council wrote to all developers telling them they would have to have all office conversions completed by 10 September, when its Article 4 Direction comes into force. When a developer questioned the move with the DCLG, its reply made it clear that developers have up to three years to complete, from the date when Prior Approval was granted.

If you would like to discuss your own project with us – residential or commercial – or find out more about what we do, please drop us a line to info@apexplanning.co.uk without obligation.