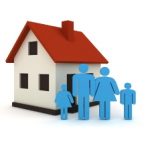 Islington Borough Council has been buoyed by Government comments after it raised the issue of land prices for land where new homes are to be developed. The problem is that because of London’s spiralling land prices, developers claim that they cannot put the required amount of affordable homes into a development, because their initial costs have been too high.

Cllr James Murray, Islington Council’s executive member for housing and development, said: “We are therefore pleased to have a clear confirmation from the Government’s legal department that the value of land should reflect policy requirements, which of course includes affordable housing.” (See the full story here).

What this means for developers is that those who are not so conscientious or forward thinking can no longer argue that their plans for a development are not viable because of the need to make provision for affordable housing.

Previously, developers have successfully maintained that because they bought land at the height of the economy, the recession has resulted in them being unable to make a reasonable profit if they adhere to all ‘developer obligations’ – such as providing a percentage of affordable housing, provision of open space for playgrounds, or funding towards police, education and health provision etc.

In reality what it means is that developers will have to ensure that they pay a reasonable price for land that they want to build on – rather than paying whatever they have to in order to secure the land.

For landowners it means that they will have to have reasonable expectations (land valuation), and be ready for negotiations that will surely arrive, at a price that will reflect the planned scale of development and any other costs associated with it.

The result of this ruling may well be that the ever-rising cost of land could be halted – and that more cash will be available from developers for amenities and infrastructure, such as more school places, more affordable housing, hospitals and GP surgeries.

It also means that it will be even more vital that property investors and developers get advice from a planning consultant who can give them an honest and experienced appraisal of the land and proposed development before they buy the site.

Since the recession, the government has given leeway to developers by allowing the viability argument, but it looks like this window of opportunity is in the process of closing.

If you would like to discuss how we could provide you with a planning appraisal to assess a site, its development potential and the likelihood of planning permission being granted, before you buy, or to simply find out more about what we do, please browse the website drop us a line at info@apexplanning.co.uk without obligation.