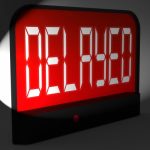 There is some disappointment in the planning profession because the anticipated Housing White Paper failed to appear as expected on the same day as the Autumn Statement (23 November 2016). The Communities Secretary, Sajid Javid, has said it will now be published in January 2017.

So, we are no further forwards in respect to Starter Homes guidance and whether it will be carried forward under Theresa May’s Government, nor do we know whether local planning authorities (LPAs) will be able to set their own planning application fees and what, if any, higher level caps might be imposed.

The Autumn Statement has, however, generated its own planning talking points: on the back of latest figures from the Department for Communities and Local Government (DCLG), which show that 32,110 affordable homes (new build and acquired stock) were delivered in England during 2015-16 – a 52% dip on the previous year – a new package of funding was announced to boost house building and the provision of affordable housing. It is claimed this will deliver more than 140,000 new homes and target areas where housing need is greatest.

The Chancellor says that the 140,000 new homes will be funded by £3.7bn by 2020-21: this equates to £2.3bn via a new Housing Infrastructure Fund (HIF), allocated on a competitive basis to local authorities to provide the infrastructure needed to unlock new private house building, resulting in 100,00 new homes; an extra £1.4bn will also deliver an additional 40,000 affordable home (AH) starts.

The providers of AHs will be pleased to note that the Government also intends to relax restrictions on grant funding ‘to allow providers to deliver a mix of homes for affordable rent and low-cost ownership to meet the housing needs of people in different circumstances and at different stages of their lives’.

A particularly exciting element is the pledge of £127m towards funding for road and rail developments in the Cambridge-Milton Keynes-Oxford corridor. This is interesting for two reasons: Ministers have reportedly strongly implied that they will look favourably on bids for monies from the HIF that prioritise new transport links, plus this announcement follows hot on the heels of the National Infrastructure Commission’s ‘Interim Report’ which states that the lack of sufficient housing ‘presents a fundamental risk to the success of the [Cambridge-Milton Keynes-Oxford corridor] area’ and recommends that the Government should commit to plans for a new rail link between Oxford, Milton Keynes and Bedford, ensuring it is delivered before 2024.

The media has also jumped on this development opportunity and what it could mean for not just the region but also the country, where the UK could have its own technology arc to rival California’s Silicon Valley. The related commercial, transport and housing development would undoubtedly result in significant inwards investment to the Oxfordshire, Buckinghamshire, Bedfordshire and Cambridgeshire areas, as well as further afield. Presuming that this key objective is carried forward, it will mean LPA development plans will need to be revised to plan for the associated growth, resulting in opportunities for landowners and developers to promote their land. It also means that it will be important for local people to engage with the planning system to help decide the direction of future development.

The Autumn Statement also said that £1.8bn will be awarded to Local Enterprise Partnerships (LEPs) across England through a third round of Growth Deals. Some £556m of this will go to the North of England, £392m to LEPs in the Midlands, £151m to the East of England, £492m to London and the South East, and £191m to the South West. It will be interesting to see how the South East Midlands Local Enterprise Partnership (SEMLEP) decides to allocate its funding, given the opportunities presented by the aforementioned £127m to be allocated to the Cambridge-Milton Keynes-Oxford corridor.

All this funding is coming from a new National Productivity Investment Fund (NPIF), worth £23bn over five years.

The large sums being talked about have come as a result of a change in tack as far as the fiscal plan is concerned. It would seem that Phillip Hammond is less concerned with reducing the deficit and is more willing to borrow than his predecessor George Osborne, and seems intent on direct stimulation for the construction industry and the delivery of new housing.

However, this spending spree may need to be tempered by news from the Office for Budget Responsibility (OBR), which said that a 13,000 fall in homes built by housing associations would only be partly offset by other policies. As such, while some of the projects to be supported by the Autumn Statement would increase housebuilding, the OBR says that others would reduce it further still, with an overall 0.2% fall in residential investment growth. Bad news for the Government’s objective of one million new homes by 2020.

Finally, the Sunday Telegraph reports that ‘Green Belt swaps’ are to be more actively encouraged, which will allow LPAs to remove protections on one part of the Green Belt in return for creating a new area of protected land elsewhere. The mechanism already exists, of course, but it is hoped it will be more embraced and this will allow LPAs greater scope to meet housing targets, while maintaining the original Green Belt protections.