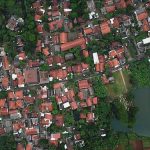 There have been a couple of major developments in the planning world recently.

The first is the requirement for councils to produce a Statement of Common Ground with neighbouring authorities. This initiative is one of several consultation proposals that were published by the Department for Communities and Local Government.

The ‘Statement’ should be produced inside a year after publication of the government’s changes to the National Planning Policy Framework. However, the consultation document adds: “In order to ensure greater certainty at an early stage of the process, we expect local planning authorities to have an outline statement in place within six months following publication of the revised Framework”.

The aim is to help make authorities work better together in order to meet housing needs across administrative boundaries.

The Statement of Common Ground would need to include all cross-boundary issues, such as housing need, distribution and proposed solutions to any shortfall.

This is not exactly a radical move, the existing Duty to Cooperate already expects this to happen, but it nevertheless demonstrates that the Government recognises there have been problems with the current situation and is taking some important steps to simplify and speed up plan-making and the delivery of housing.

It would be hoped that the proposal to require neighbouring authorities to prepare Statements of Common Ground should help to avoid situations where individual authorities begin work to prepare their own Local Plan, including the number and location of houses to be provided and to identify constraints, then start to discuss cross-boundary relationships and the ‘duty to cooperate’. It is at this stage that an impasse often occurs.

Often individual authorities will state they cannot meet their own Objectively Assessed Housing Need (OAHN) due to constraints (flood risk areas, AONB, Green Belt etc) and then will require neighbouring authorities to take up the slack. The neighbouring authorities then state they cannot meet their own OAHN or that they disagree with the other authority’s assessment of constraints and or maximum achievable housing numbers. The preparation of Local Plans either loses momentum, grinding to a halt, or continues regardless, only to be the subject of continuing objection at Examination, running the risk of being found ‘not sound’ by the Planning Inspector.

The Statement of Common Ground should help to deal with these critical issues at an early stage, avoiding abortive work further along the plan-making process.

If Local Plans can be delivered more quickly and with greater certainty during the plan-making process, there is greater likelihood that landowners and developers can plan ahead in respect to the delivery of development, whether that is housing or employment. The improved certainty can allow for background works and investigations – and budgeting – to take place. The streamlined Local Plan process should hopefully also help to avoid decisions being made by trial of planning appeal, allowing a return to ‘proper planning’.

A second government announcement could also help with speeding up the plan-making process.

This methodology would have three steps:

Javid said local housing need figures would fall in 148 local authority areas using the methodology, while it would rise in 156 areas.

It is acknowledged that more work needs to be done before a final ‘methodology’ is agreed, but an overall streamlined approach should be seen as a good thing. It should allow for a quicker plan-making process and for the delivery of housing that reflects recent housing need figures, rather than those calculated many months before.

The delivery of housing is key to the economy, so speeding up the current rate is essential. It will help, of course, those who cannot find or afford a property to do so because there will be greater choice. But the increased supply of housing will help not just volume housebuilders, but also SME developers, many of whom could return to the industry having left in the last recession. This could lead to greater choice, increased diversity, more interesting design and more affordable properties.

Paragraph 47 of the NPPF states that the government seek to “boost significantly the supply of housing” and perhaps even if it is used for a short time, this is a way to help address the desperate need for new housing in this country.

Others, who are more cynical, will look at the proposal as a stick to beat local planning authorities and to speed up plan-making. Such people will no doubt look at news this month from Central Bedfordshire Council as a prime example, where it has announced it will bring the programmed delivery of its new Local Plan forward by 7 months, to avoid being subject to the proposed ‘methodology’. The Council considers the methodology would mean it would see a 60% increase on its current OAHN.

If you would like to discuss your own development or just find out more about what we do, please browse the website or drop us a line at info@apexplanning.co.uk without obligation.