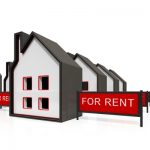 Traditionally, developers have built homes to buy, but the trend looks set to change…

In the past, builders constructed homes to sell to home-buyers – or they built social housing under the remit of a local housing authority.

Of course, developments now usually have to provide a certain proportion of ‘affordable’ housing as well – many of which are shared ownership, where the buyers pay both a rent and a mortgage.

However, there is a new form of affordable housing that is starting to make inroads in the latest developments. The London Borough of Ealing recently granted permission for a 1,965-home scheme built by the US rental giant Greystar. This is a development built solely for the private rental market.

And this kind of development has risen threefold over the past year alone, according to the British Property Federation. Their figures show that there are as many as 67,000 build-to-rent homes in the pipeline.

This discounted market rent (DMR) sector is housing that is offered for rent at less than market rates. However, unlike traditional affordable housing, which is regulated by a housing association or similar, it is provided by a private developer.

Tenants still have to qualify for the housing, and rent levels are set at a discount of local private rents. Renters are usually able to sign up for two- or three-year tenancies, a longer period than is normally offered for a private rental.

So what has prompted this rise in homes built specifically for private rent – and what effect will it have on the traditional affordable homes market?

Well, the benefit for developers is that it simplifies the management of the development and, because the discounts offered are not as great as those given for traditional social housing, it makes the development more viable financially.

And a recent government consultation that was published with the Housing White Paper seemed to do the same, although it called DMR “affordable private rent”.

It also appeared that it would be viewed as a valid form of affordable housing in the National Planning Policy Framework.

While London boroughs seem to be welcoming this new way of housing – and in a city where homes are unaffordable to many, even with well-paid jobs, it is not surprising – outside the city there seem to be some reservations and concerns that it could replace the traditional affordable housing types.

It looks as if building to rent is on the rise, with developers taking a long-term view on their investment, and planning to collect rent for a longer period, rather than building, selling and taking the money for the next land purchase and development.

This new way of developing seems to offer both an opportunity to increase the delivery of housing, while also catering for the different needs and financial strength of those looking for housing.

If you would like to discuss your own development or just find out more about what we do, please continue to browse the website or drop us a line at info@apexplanning.co.uk without obligation.