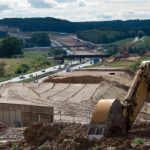 Back in May, the Queen’s speech included a promise by the Conservatives to focus on brownfield development – that is building on previously developed sites.

This is to be done using Local Development Orders (LDOs), which basically give blanket planning permission as long as the developer adheres to specific conditions. The aim of this is to speed up the application process and to avoid long, drawn-out sagas.

On the other hand, the speech also said that the Government was committed to allowing local people more say on planning in their area – along with more protection of the Green Belt.

Preparing a Development Order is no mean feat – it’s pretty complex, as it has to offer a balance between being too open and allowing developers’ free rein, and risking poor design, and being so restrictive that developers are put off investing. Technical expertise will be needed to write a suitable LDO, so with a target of 90 per cent of brownfield sites by 2020, local planning authorities may well start looking to developers to offer some financial help.

House builders are a likely source as the Help to Buy scheme has inspired confidence in these kinds of long-term projects. However, we must remember that brownfield sites will not produce all the land needed to meet housing demand – and with more restrictions on the Green Belt, it may be harder than ever for first-time buyers to get a foot on the housing ladder.

However, recent research has shown that there has been a sharp upturn in approval of new homes on Green Belt sites.

In response to these figures, Housing Minister Brandon Lewis told the BBC: “We have outlined what local areas need to do if they want to go through a review of their Green Belt. It is very much a matter for those local authorities. They are the best placed people locally, democratically accountable locally, to decide where the right location for any development is.”

This suggests that while the Conservatives made much of their commitment to protecting the Green Belt in their manifesto, the fact that the local authorities will have responsibility for strategic planning policy means that MPs could, in reality, have little control over Green Belt land.

Presumably, the assumption is that local planning authorities will protect their Green Belt land by opposing any development, but as housing demand grows, we imagine they might well be tested on their resolve. This is particularly likely to be the case around London and the Home Counties.