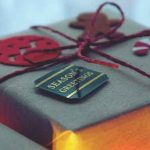 It’s been a busy – but successful – year for us here at Apex Planning Consultants. Here we have selected just some of our resolved cases, to demonstrate the breadth of planning services that we can help our clients with…

We were recommended to the developer by chartered surveyors in Northampton. The site already had extant planning permission for the conversion and redevelopment of a building and site and involved the demolition of buildings attached to the principal traditional building to create 64 flats.

However, the costs of the conversion had escalated and the new build costs had also increased due to other complications. So, for the proposal to be viable the number of units had to increase, and this had implications for the scale and design of the new build element of the proposal and parking provision.

Apex was tasked with discussing strategy with the client and negotiating with the Council’s planning officer at pre-application stage.  This was all successful, however during the application process issues arose relating to the viability of the proposal, amenity / noise and parking provision. Apex again negotiated with the client and the Council, as well as a noise consultant and the architect, BB Partnerships, to address these issues, including re-designing the proposal.

RESULT: The application was recommended for approval and was determined at Committee. Despite oral objections from the Ward councillor, Apex made its own oral representation to address objections, and the Committee voted unanimously to grant planning permission, with no requirement for CIL or S.106 payments.

The client had owned and lived at the property, a large house and garden, on the edge of Hemel Hempstead for many years, however, he now sought to sell up and move in with a son. Apex was tasked with assessing whether there was potential to obtain planning permission for a residential redevelopment of the site and to maximise its value.

Apex undertook a planning appraisal, considering the site planning history and relevant planning policies, as well as Supplementary Planning Documents, and concluded there was a reasonable likelihood that permission would be granted.

Apex coordinated the preparation of a site survey, an arborist’s report and drawings, showing an indicative site layout. Apex advised the client that his aspirations for four new dwellings on the site were unlikely to be well received and that given the character of development in the area, a proposal for three new dwellings (and the retention of the existing house) would be better.

The number of objections meant that the application was referred to Dacorum Council’s Planning Committee, and residents made oral statements. Apex demonstrated why the proposal satisfied planning policy and the objections were unfounded. Apex also pointed to past appeal decisions in the vicinity that supported the proposal.

The client contacted Apex following receipt of a letter from Milton Keynes Council, concerning the illuminated sign it had erected on a site within a Conservation Area, which was in breach of planning controls, and might be subject to enforcement action.

Apex investigated the situation and noted the size and location of the illuminated sign. It also noted that the dental practice is a medical practice. Referring to the Town and Country Planning (General Permitted Development) (England) Order 1995 (as amended) Apex observed that there are exceptions to the normal restrictions for the erection of illuminated signage.

RESULT: Apex negotiated with the Council, highlighting that the signage is actually ‘permitted development’ therefore it is not in breach of planning and no application for retrospective consent is required and there was no requirement to remove the signage. The Council acknowledged this fact and confirmed in writing that the enforcement file was formally closed.

The client has worked with Apex before and together planning permission has been obtained for residential development (barn conversion) and a new vehicular access on his farm.

The latest proposal sought to utilise Class Q (which had not existed during the previous barn conversion) and to convert two traditional barns on the farm in Kettering Borough to Class C3 (residential).

Apex visited the site and discussed the matter with the client and Sursham Tompkins & Partners, who would prepare the drawings. Apex explained the limitations of the Class Q Prior Approval procedure, which means a structural survey must show that the buildings could be converted without strengthening of the structure.

The finished proposal created two beautiful dwellings that reflect the agrarian character and appearance of the barns, whilst creating a two-bedroom and three-bedroom dwelling.

RESULT: The application was well received by the Council’s planning officer, who worked with Apex to address comments made by the County highway and ecology officers. Together solutions were found and a decision to grant prior approval with conditions was made.

The client has created a smallholding in Aylesbury Vale and was continuing to develop the enterprise, while addressing problems of theft and animal welfare.

However, the client had not realised that the installation of horse shelters, a mobile home, fencing and containers and change of use of some of the land (the keeping of horses) required planning permission.

Apex visited the site and advised the client what elements were likely to get retrospective permission. The client accepted the strategy and pledged to remove some elements from the site, primarily the mobile home, and Apex engaged with the Council to explain and to secure time to prepare a retrospective planning application.

Apex worked with the client and prepared the requisite justification, demonstrating that they would not harm the character and appearance of the open countryside, that the structures / buildings were now sensitively located on the site and were necessary to allow the agricultural enterprise to grow, and to secure appropriate site security.

The client is a partnership that is an established farm enterprise within Aylesbury Vale. The farm continued to grow and operated from three sites and it was obvious a new agricultural workers’ dwelling was required on the third farm, to ensure animal welfare.

Apex worked with the client, advising on the correct size and location of the proposed dwelling, and sourcing information to justify the proposal.

The application was submitted and on-going negotiations with the planning officer resolved initial concerns about the location and the visual impact it might cause, as well as highway safety. It was highlighted to the planning officer that using an existing vehicular access would not cause any harm to highway safety and by residing on site, the vehicular activity generated by the agricultural worker would reduce. The fact the dwelling would be near existing large portal framed buildings and established vegetation would also minimise visual impact in an Area of Attractive Landscape.

Apex worked closely with a drainage consultant and planning officer over County Council concerns about surface water, and they collectively agreed the matter could be resolved, to identify the correct solution.

This long-standing client sought permission to change the use of a Class A1 (shop) unit to Class A5 (hot food takeaway) close to the edge of Chichester and a residential area. The application site itself was in commercial use – a former petrol station and servicing garage now used as a petrol station, Co-op, gym and a bulk goods store.

The application site was vacant and had access to allocated parking that was less than the Council’s parking standards would normally except for a Class A1 and a Class A5 use.

Apex worked with the client to secure the appropriate drawings and technical information relating to noise, vibration, odour and fumes. Apex also worked with the property’s agent in relation to the way the vacant unit had been marketed.

This information was used to demonstrate why the loss of the Class A1 unit was justified and why there would be no impact to nearby residential amenity, and the Class A5 use would in fact enhance residents’ access to facilities.

Following concerns from residents, the Parish Council and County highway officer about operating hours and parking provision, Apex highlighted that the former was compatible with the late operation of existing businesses on the site and that the parking requirements for Class A1 and A5 uses are the same, therefore, there would be a neutral parking impact.

The client had tried unsuccessfully over several years to obtain permission to convert a former industrial building in East Northamptonshire to a House in Multiple Occupation (HiMO).

Apex was asked to review the site planning history and advise the client whether a way forward could be identified. This was duly done, and it was agreed that with amendments to the previous internal layout and new external windows, there was potential for a successful application.

The highway officer raised objections, but Apex highlighted that the proposal would have neutral impact because there was already no on-site parking and the former industrial use would generate demand for parking. The parking standards for 11 HiMO bedrooms would be the same as that for the former use so there would be a neutral impact. The highway officer removed the objection.

The application was reported to Committee with a recommendation to grant permission, because the planning officer agreed that previous concerns about overlooking of neighbouring dwellings would be addressed. Unfortunately, the Committee disagreed with the professional advice of officers and attached more weight to the objections from the Town Council and residents.

The client decided to lodge a planning appeal using only the Planning Statement, prepared by Apex for the planning application.

RESULT: The Planning Inspector considered the appeal and weighed the arguments against those prepared by East Northamptonshire Council, and allowed the appeal, with partial costs awarded against the Council.