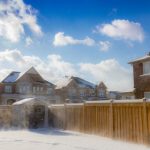 We look back at the changes 2018 has brought to the planning arena, and look into our crystal ball to consider what may happen in 2019…

This time last year, we saw a new housing and planning minister in the shape of Dominic Raab. He wasn’t to be in position for long though – by July, he had moved on to become the Brexit secretary, and was replaced by Kit Malthouse.

Councils across England were able to raise their planning application fees by 20%, thanks to new regulations that were approved by the House of Lords right at the end of 2017.

By March, there were big changes ahead for planning, when Theresa May launched draft revisions to the National Planning Policy Framework (NPPF), which aimed to boost protection of the Green Belt, speed up housing delivery rates and make the most of urban land. The finalised revised NPPF appeared at the end of July.

The government also said that it was going to review the planning inquiry procedures, to speed them up – the plan was in fact to halve the time it took to produce a decision. This was ambitious, but it was generally welcomed by planners and applicants, although nobody was under any illusion as to the challenge that was faced.

Local plans also came under the spotlight, as the government took to task three authorities that it believed were taking too long to produce their plans – and threatened to intervene if they were unable to justify their reasons.

There was good news for the farming community in the spring, when extended permitted development allowed agricultural buildings to be converted into homes with a floor space of almost double what had been allowed previously. The change also allowed for variety in the size and number of dwellings that would be created.

There was another new face in parliament as James Brokenshire took over from Sajid Javid as Housing Secretary.

As ever in planning, plans are approved and rejected – while in Essex three new garden communities proposed by Braintree District Council, Colchester Borough Council and Tendring District Council were found to be ‘unsound’ by a Planning Inspector, in London, the redevelopment of the Elephant and Castle shopping centre into just under 1,000 homes was approved, despite protests.

In the summer, the government invited bids under the heading of ‘garden communities’. Garden towns were to have more than 10,000 homes, while ‘garden villages’ would have 1,500 or more.

Come the autumn, there was new guidance covering assessing housing need and plan making, thanks to changes in the Planning Practice Guidance. The budget also allowed for new permitted development rights – so that commercial buildings can be replaced with housing, and high street properties can be converted for different uses.

Planning on making everything look better was the new Building Better, Building Beautiful commission, which aimed to improve the quality of new homes, while local authorities faced penalties thanks to a new housing delivery test, which failed to appear on schedule.

The revised NPPF will apply to any local plans that are submitted from 24 January, however Friends of the Earth has instigated a judicial review and a decision is still to be forthcoming from the High Court.

New unitary councils will come into play in Dorset in April, while Buckinghamshire’s is to come into force in 2020 – covering Aylesbury Vale, Chiltern, South Bucks and Wycombe. Consultations are also underway for changes in Northamptonshire.

More updates are expected to the Planning Practice Guidance – covering determining housing figures, green belt policy and so on.

We should also get news on the latest round of garden communities – 100 applications were received before the 9 November 2018 deadline – and February should see the government response to the Letwin review of build-out.

Just before Christmas we saw draft regulations on developer contributions, so we expect some movement on that this year.

We are also waiting for a report from the review of the planning appeal inquiries process, which is yet to be forthcoming, and for the Planning (Appeals) Bill, which is due to be put forward towards the end of January.

Another busy year ahead for the planning world!