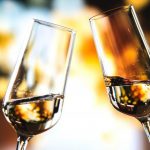 It’s been a busy 12 months – these are just some of the clients we have helped to a successful outcome with planning permissions and appeals over the past year.

Outline application for up to four houses on the edge of a hamlet in Milton Keynes. The Council refused permission on two grounds: the adverse impact of the proposal on the character and appearance of the open countryside, and that the proposal related to an unsustainable location. The appellant’s Statement of Case, prepared by Apex Planning Consultants, cited the Dartford and Braintree cases to demonstrate that the appeal site should be regarded as previously developed land, even though it is in the open countryside, and that the NPPF advises that in terms of transport, proposals in rural areas should be assessed differently to those proposals in urban locations. The Statement of Case also demonstrated that the appeal site is surrounded by development, the proposal would amount to infill and would be well screened by existing vegetation too, meaning there would be no adverse impact to the surrounding open countryside. The Planning Inspector agreed with these arguments and allowed the appeal, granting outline permission.

Planning permission and listed building consent granted for a property straddling the boundary of Aylesbury Vale and Wycombe District Councils. Permission was granted for internal refurbishment of the house, involving the removal and insertion of walls, doors and windows, the conversion of the garage to additional bedroom space, the conversion of the basement to a steam room and sauna, the creation of a large pond and separate swimming pool with adjoining hot tub, and the restoration of a derelict Edwardian greenhouse. We worked with the client, architect and heritage consultant to prepare a comprehensive application. We then liaised closely with the Council’s planning and conservation officers, meeting with them on site to discuss the proposal, and subsequently supplied limited additional information that ultimately secured planning and listed building consent.

Planning permission for change of use and new build – Industrial

The application related to a site in Cranfield, Central Bedfordshire and involved the change of use from a workshop to create an enlarged showroom for the sale of sports cars, the demolition of an existing industrial building and the erection of a larger purpose-built and designed workshop on the site of the building to be demolished and a disused orchard. The business is well-established, and we demonstrated that the highway officer’s concerns were unfounded, and requirements for additional information were unnecessary. The proposed increase in employment floor space and jobs, the improvement to the character and appearance of the area resulting from the proposed building, and the ability to secure controls via planning condition that otherwise did not exist, was agreed to be justification for the proposal, and the Council granted planning permission.

Representations to an emerging Neighbourhood Plan

Rural planning application – Proposed change of use from agriculture to industrial

The proposed change of use and conversion was of three large portal frame agricultural buildings in Blaby District to create 11 units for light industry and storage and distribution (Class B1 and B8), demolition of a fourth building and alterations to an existing vehicular access. The proposal was prepared by working with third-party consultants to prepare drawings, an ecological appraisal, transport statement and structural survey. The planning officer recommended refusal, arguing that the proposal did not satisfy planning policy and would adversely affect the character and appearance of the area. However, following a presentation to the Planning Committee from Apex Planning Consultants, demonstrating how the proposal does satisfy Local Plan policies and the advice within the NPPF, would provide local job opportunities, re-use redundant agricultural buildings and was small scale, the application was unanimously approved.

The applicant had already secured the site and required the application to be submitted urgently. Apex Planning Consultants quickly organised an architect and drainage consultant, as well as liaising with external suppliers of equipment to be used on-site. The application was submitted within weeks of all parties receiving instruction and it proposed the re-use of a redundant industrial site last used for the external storage of containers. The proposal sought permission to sell second-hand vehicles and the erection of several buildings to be used as a large showroom and offices, SMART repair, valet bays, spray booths and wash facilities. The proposed hard surfacing required a balancing pond, and this had to be justified through filtration testing, as well as negotiations with the Canal Trust and Local Lead Flood Authority. The application was approved with no objections within the target 13-week determination period.

Planning applications – Change of use to sui generis

Planning applications have been submitted this year for the change of use of several units, mainly Class A1 (retail) to sui generis to allow a national ‘pay day loan’ company to establish in Town and District Centres in locations around the Midlands and wider Liverpool area. The applications sought to demonstrate that although the use is sui generis and would result in the loss of a retail unit it would not harm the vitality and viability of the ‘centre’, and the relevant Councils agreed, approving planning permission.

Pre-application advice was sought for a major proposal for the mixed-use residential and commercial redevelopment of a car showroom, with vehicle repair and ancillary offices was submitted to Luton Borough Council. Work was undertaken with the appointed architect to prepare drawings for a contemporary-designed building that also reflected the character of the surrounding area. A supporting statement was also prepared to demonstrate why the proposal would satisfy planning policy that seeks to resist the loss of employment sites. The Council’s response was positive, subject to conditions.

Planning permission was granted for the erection of a café (Class A3) onto the side of a large office (Class B1) building in Central Milton Keynes. Negotiation was undertaken during the life of the application with the Council planning officer and the Town Council to resolve some design and landscape issues, resulting in planning permission being granted. The application involved close cooperation between Apex Planning Consultants, the architect, arborist and noise consultant to demonstrate there would be no adverse impact to residential amenity or the character of the area.

A client in Olney (Milton Keynes) was served with an enforcement notice relating to unauthorised replacement windows in a Grade II listed building and the erection of a conservatory at the rear. Apex Planning Consultants negotiated with planning and enforcement officers, arriving at an understanding that the enforcement notice would not be acted upon, whilst a planning and listed building application was prepared. This was prepared in association with an architect and heritage consultant, and proposed the replacement of the unauthorised uPVC windows with bespoke timber windows and the demolition of the uPVC conservatory and erection of a replacement timber frame conservatory. Planning permission and listed building consent was subsequently granted under delegated powers.

Apex Planning Consultants acted for a client with a property portfolio in Northampton, securing planning permission for the change of use of Class C3 (residential) houses to Class C4 (house in multiple occupation). Permission was required due to an Article 4 Direction served in respect to the wider area that removed permitted development rights, which would normally mean the change of use does not need planning permission. The applications we submitted, including other HiMO proposals by third parties, were subject to objection from residents, the Ward councillor and the County highway officer. Despite support for the application from the Council planning officer the Ward councillor requested all HiMO applications were reported to Committee for determination. We represented the client at those Committees and consistently demonstrated that the proposals satisfied the Council’s own policies, were supported by case law, there was no flood risk and notwithstanding the lack of allocated parking, the properties are in sustainable locations with shops and services in walking distance and there are bus stops nearby. Each time the Committee agreed, and planning permission was granted.

Agriculture – A slurry lagoon to take washings from a nearby abattoir

We prepared the planning application for a farming client in Wiltshire and demonstrated that the vehicular movements will not be significant, the slurry lagoon will blend into the surrounding landscape without causing an adverse impact, and it will be constructed in such a way that it will not adversely affect the chemical state of the surrounding fields. We worked alongside the Council, its appointed specialist consultant and the Environment Agency. Planning permission was subsequently granted under delegated powers.

Listed building and conservation area – Conversion from agriculture to residential

The proposal was for the change of use and conversion of a Grade II listed agricultural barn to two dwellings in a small village in East Northamptonshire. The planning statement and heritage impact assessment demonstrated that there would be no harm to the heritage asset (the listed building and conservation area in which it is located) and the proposal would secure the life of the building. Planning permission and listed building consent was subsequently granted.

Apex Planning Consultants was approached to appraise a site on the edge of Hemel Hempstead containing a very large house with extensive surrounding gardens and to advise whether there was potential to obtain planning permission for additional housing either side of the house. We confirmed that in our opinion there was a good chance of success and the client instructed us to progress an outline application for up to three additional houses. We worked closely with the architect and arborist, preparing an indicative site plan that showed the means of access and how mature trees would be protected, but with all other matters reserved. The application received significant objection from nearby residents and, initially, the planning officer, too. Apex met with the planning officer, citing other examples of similar infill in the area and she was persuaded, such that the application was recommended for approval. Nevertheless it was determined at Committee and, irrespective of vocal objection by residents, we presented a case that the Committee agreed with and permission was granted.

With many years of experience within the industry, Apex Planning Consultants have the relevant knowledge to help with planning applications, liaise with local planning authorities, and help you navigate through the intricacies of planning procedures.

If you would like to discuss your own planning project with us, or just find out more about what we do, please continue to browse the website or drop us an email to: info@apexplanning.co.uk without obligation.