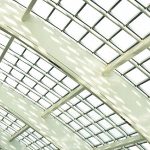 Getting the right result for our clients is always very satisfying – and this year we have had some particularly pleasing outcomes for both domestic and commercial customers.Our work below includes examples for Change of Use, Residential Development, Listed Buildings, Planning Appraisal and Planning Appeals, for both domestic, commercial and industrial clients.

Read on to find out what Apex Planning Consultants achieved during 2017.

For more detail on any of the headings, please refer to our Services page here.

The proposal was to demolish a bowling clubhouse, erect a children’s nursery and re-use the bowling green for open space associated with the nursery. The client was desperate to relocate from shared facilities to this site, which was privately owned by the Council.

We provided an initial planning appraisal to advise on the areas to be tackled and relevant planning policies and the type of supporting statements that would be required. The client then instructed us to prepare the application, set the ‘briefs’ for the client to approach and appoint a noise consultant and arborist. We also advised, reviewed and recommended changes to a Travel Plan and Alternative Site Search.

We then provided a Planning Statement to demonstrate how the proposal satisfied planning policies, that there was a lack of suitable alternative sites, a narrow vehicular access would be nevertheless acceptable, as was the loss of the recreational space.

Following some negotiation with the planning officer relating to the impact on trees and appropriate planning conditions, permission was granted under delegated powers.

The client owns three dwellings in the same area of Northampton and rents them to families. However, the client wanted to let them as Houses in Multiple Occupation (HiMO) and because the Council had served an Article 4 Direction this, normally permitted change of use, required planning permission.

The client was concerned about seemingly inconsistent decision-making by the Council. We appraised each property against relevant policy criteria for proposed HiMOs, and advised the client how to proceed. We duly prepared and submitted the applications. All HiMO applications were being referred to Planning Committee by Ward councillors, who objected.

We presented at the Committee and were congratulated in open session for the quality of all three applications, which were unanimously approved.

Proposed change of use to the first floor of a building so it could be used as an extension of a children’s nursery that exists on the ground floor, and the conversion of an outbuilding to a dedicated kitchen. The proposal would see the loss of three one-bedroom flats and the increase in the nursery’s pupil roll. We prepared a planning application to justify the loss of the flats, which was technically contrary to planning policy. We also worked with a noise consultant to rebut a neighbour’s objection. The neighbour also used the services of a noise consultant and we showed that despite that consultant’s contrary opinion the proposal would not cause an adverse impact to residential amenity and that the erection of an acoustic fence could mitigate potential noise. We also highlighted that there was an identified need for additional nursery places in the area.

Proposed change of use of open storage site to allow the sale/rental of circa 430 cars /commercial vehicles, the erection of new and re-use of existing buildings for a workshop, valeting bays, spray booths and smart repair. The proposal was classed a Major application.

The client had commitments that meant they were anxious to commence the development as soon as possible. We demonstrated how the proposal was policy compliant, would represent significant inward investment, and we addressed surface water drainage concerns that were expressed by the Canal Trust. The canal runs adjacent the site and working with a drainage consultant we demonstrated that a proposed balancing pond had sufficient capacity to address the projected surface water run-off.

We submitted the application within nine weeks from instruction and planning permission was duly granted within the target determination date.

The client had acquired a dwelling with an adjoining paddock in the open countryside. It is a scaffold company that operates from two sites. It needed to consolidate and expand, but there were no suitable employment sites within the Borough.

We were approached to prepare a planning application to demolish the house, erect a two-storey office building, a single storey compound office, create an open storage compound and close two existing vehicular accesses and create a new one. The proposal represented a significant development in the open countryside some distance from the nearest settlement. However, it was located close to the dual carriageway linking M1(J13) and the A1.

We created a team of consultants to prepare Transport, Drainage, Flood Risk, Land Contamination, Design & Access and Planning Statements, an Alternative Site Search, and an Ecological survey. We demonstrated that despite being contrary to planning policy that normally restricts development in the open countryside and the loss of dwellings, the site is sustainable, there was little prospect of the dwelling being used for residential purposes again, and there was no suitable alternative location for the proposal. We also highlighted other material considerations such as the potential loss of employment if the applicant business relocated away from the Borough, but also that its plans to expand meant new employment opportunities. We also showed that the proposal would not adversely affect the character and appearance of the area or highway safety.

The application was a departure from the Local Plan therefore it was determined at Planning Committee, and duly unanimously approved.

The proposal was submitted in Outline for a new dwelling in the garden of an existing house. The site is part of a hamlet which, because it does not have a settlement boundary, is deemed to be part of the open countryside.

We argued that because the proposal is infill development it would not harm the open countryside, furthermore its proximity to a larger village with shops and services meant it was a sustainable location. We also highlighted that in light of a High Court ruling of Dartford Borough Council v SSCLG (CO/4129/2015), which said that gardens should only be excluded from the definition of previously developed land in built-up areas. As such, given that the NPPF supports the development of PDL the proposal was acceptable.

Outline planning application for 36 dwellings, with all matters reserved except the means of access. Site on the edge of a village beyond its settlement boundary and therefore in the open countryside.

We advised the client that there was a good chance of gaining planning permission, because we regarded the proposal as one that would be sustainable, would not cause any adverse impact, and the Council could not demonstrate a 5 Year Housing Land Supply. We co-ordinated a ‘team’ of consultants to prepare Flood Risk, Drainage, Transport and Design & Access Statements, Ecological and Tree Surveys. There was strong opposition from the Parish Council, Ward councillors and local people. Their focus was on transport and drainage objections and perceptions about adverse impact stemming from the proposal, which we worked hard to prove it would not cause. We addressed these objections and represented the client at Planning Committee, where permission was granted subject to a Section 106 agreement.

We then worked with the client’s solicitor and the Council to negotiate and agree the S.106 agreement.

Existing shop over basement, ground and three floors above in a Conservation Area. The client wanted a large rear extension at first floor over an existing ground floor extension, and to convert the first to third floors from Class A1 (retail) to Class C3 (residential). We demonstrated how the loss of retail floorspace would be acceptable in policy terms, that the extension would not harm the character and appearance of a heritage asset (the Conservation Area), and there would be no adverse impact to the occupiers of neighbouring properties, or to highway and flood risk matters.

Some negotiation took place with the planning officer, requiring a minor amendment to one of the drawings, and permission was duly granted.

The client had a house and rear garden that ran adjacent and parallel to a road in the open countryside. He had previously applied for permission to erect a 1.9 metre-high fence to replace an existing 1.2 metre-high fence, along 57 metres of his extensive boundary, but the application was refused. Regardless, he then erected a fence and the Council’s enforcement team threatened action. We advised the client that a new application should be submitted with drawings showing a minor amendment to the height of a small length of the fence. We then prepared an application arguing that the fence was necessary to protect residential amenity from vehicle noise, overlooking and rubbish/detritus deposited from passing vehicles. We also challenged the previous reasons for refusal, demonstrating that contrary to the Council’s stated position the fence is not incongruous and out of keeping with the area, and does not adversely affect the character and appearance of the rural area.

Permission for a new dwelling was refused at Planning Committee on the grounds it would be out of keeping with the area and injurious to residential amenity. The client’s architect contacted us and asked if we would consider the merits of lodging an appeal.

We reviewed the proposal, the Committee report and Minute, the Council’s reasons for refusal, including the policies it cited, and advised the client that there were good grounds for an appeal. We advised the client that the correct procedure would be Written Representations because this would be the most efficient and cost-effective procedure. We were then instructed to prepare and submit the appeal, which we did. We visited the site and appraised the proposal against the character and appearance of the area and the site’s relationship with adjacent properties. We prepared a Statement of Case and lodged the appeal, we then reviewed the Council’s own Statement of Case and advised the client that it contained arguments and observations that should be rebutted. Accordingly, a further Statement was prepared, partly challenging the need for some of the Suggested Planning Conditions, and submitted to the Planning Inspectorate.

The appeal was duly allowed by the Planning Inspector, granting planning permission for the new dwelling without imposing all the Council’s Suggested Planning Conditions. Needless to say the client was delighted.