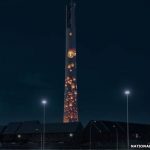 Happy New Year to you if we’ve not yet spoken!  As this is our first blog post of 2015, we thought we’d take the opportunity to review last year…  2014 was certainly a busy year, and you’ll see from the sample below the scale and breadth of projects that we covered. We’re looking forward to seeing some of these plans come to life in the next few months.

Here are just some of the highlights from 2014 for Apex Planning Consultants:

It’s been an eventful year, but we are pleased to have been able to offer valuable help and advice to many clients needing assistance with their planning applications.

If you would like to discuss your own project with us, or find out more about what we do, please visit the website at www.apexplanning.co.uk or drop us a line at info@apexplanning.co.uk, without obligation.