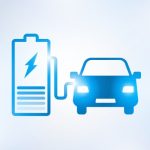 Could technological advances in auto engineering change the face of planning?

The increase of cars on our roads has changed the places we live in. Just take a look at a road lined with Victorian terraces – not a driveway in sight – and compare it with modern housing estates, with drives instead of gardens and allocated bays aplenty.

The significant advances in vehicle technology, such as self-driving cars, have implications for the way we drive of course, however, it is possible that these changes will also have a wider impact on the planning system, as we explore below.

Research expects that by 2030 15% of cars could be fully autonomous. Self-driving cars have the potential to save actual journey time, as human error and associated accidents are reduced. In turn this will also have a direct effect on the number of deaths on our roads.

Not only that, but self-driving cars will also allow for greater productivity as commuters will be able to work within the vehicle – as they can on a train – which will have a positive effect on national and global economies.

It is widely believed that petrol and diesel cars will gradually disappear. Norway, for instance, has put a ban in place from 2025, so we can expect a rapid growth in the sale and use of electric cars. The research also anticipates a growth in car sharing – many vehicle manufacturers are already known to have invested heavily in ride-hailing start-ups such as Lyft, Chariot and Gett.

The implications of these developments are far reaching: a significant reduction in fatalities will not only be positive for health care services, which are already under pressure, but it could also result in a larger and ageing population, which will bring its own issues. It will mean larger populations and more demand for housing – but if car sharing becomes widespread there will be a reduction in individual car ownership. The demand for space to park one’s car will fall, allowing for higher density or at least the more efficient use of land for housing. This will change the appearance of housing developments and even the streets that our homes front onto, with fewer cars parked on the roads.

In turn, this could lead to quieter, greener streets that are conducive to better-quality living, where children can play as past generations did right outside their home. A higher density of development could also result in larger areas of open space being planned as part of large-scale developments, enhancing the quality of life for residents.

The more efficient use of electric cars and car-sharing will also be a positive move for the environment. Fewer pollutants from diesel and petrol will help us get closer to achieving targets to prevent global warming, although clearly we need to plan for the supply of increased electricity. Currently in the UK we have advocated solar panels on homes, agricultural buildings and businesses through the relaxation of permitted development rights –  we have also invested heavily in wind farms both on and off-shore –  but the national appetite and policy seems to be in a constant state of flux, making it hard for investors to move forward with any confidence. There has also been some investment in tidal energy and Government commitment to nuclear power plants, but again without clear signs of any conviction. This is something we need to plan for and invest in – what is needed is a national consensus and clear direction from Government.

What will it mean for planning?

Therefore, from the investment in one (car) industry and its advances in technology, we can see that there are significant implications for planning in this country and around the world. The timeframe for some of the advances has already been reached, with others just around the corner. It seems now is the time to start actively planning on local and national scales for this, which means more than just HS2 and Oxford-Milton Keynes-Cambridge growth and transport corridors. Hopefully this message has already been heard in the corridors of power.